A Mining Area (Wilayah Pertambangan), is a specific area in Indonesia that potentially holds any minerals and coals either at ground level or below ground. Such area does not hold any government restriction and is part of the national spatial plan. The Mining Area is finally determined by the President of the Republic of Indonesia and is regulated by Law number 4 of 2009 on Mineral and Coal Mining and its implementing Government Regulation number 22 of 2010 on Mining Area. 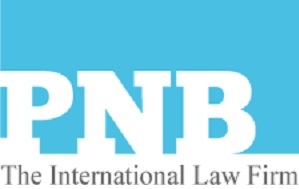 Designation of Mining Area in Indonesia

The following areas can be designated as Mining Areas:

1. Areas which have rock formations which indicate that they are holding a mineral carrier and/or coal carrier; and/or
2. Areas which are potentially holding mineral resources that are solid and/or liquid.

Preparation of the areas as described above is conducted through two phases, the planning phase and the determination phase.

1. Rock formations which are carrier of metallic minerals and/or coal;
2. Geological data evaluation results of mining activities;
3. Inventory results regarding relevant permits; and/or
4. Interpretation of rocks through for instance lithology.

Depending on the area, investigation will be conducted by the Minister of Energy and Mineral Resources (Minister), the Governor or the Regent/Mayor, which may be assisted by local, state or foreign research institutions.

The results of the above mentioned research and investigation conducted by the mining minister, governor and/or regent/mayor will be processed into maps of potential mineral and/or coal. In case these maps are made by the governor and/or regent/mayor, the maps must be submitted to the Minister. After the Minister evaluated the maps it shall prepare Mining Area Plans, which are the basis for the determination of a Mining Area.

Mining Area Plans shall be determined by the Minister into an actual Mining Area after coordination with the governor, regent/mayor and consultation with the House of Representatives People's Republic of Indonesia. A Mining Area can be reviewed once every five years.

This column is provided by PNB Law Firm