Coal - a fossil fuel - is the most important energy source for electricity generation and also forms an essential fuel for the production of steel and cement. A negative characteristic of coal, however, is that it can be labelled as the most polluting energy source due to its high proportion of carbon. Other vital energy sources, such as natural gas, are less polluting but significantly more exhaustive and more susceptible to price fluctuations on the world market. Therefore, the world's industries have increasingly shifted their focus to coal.

At current rates of production (and if new reserves are not found), global coal reserves are estimated to last for around 112 years. The biggest reserves are found in the USA, Russia, China and India. 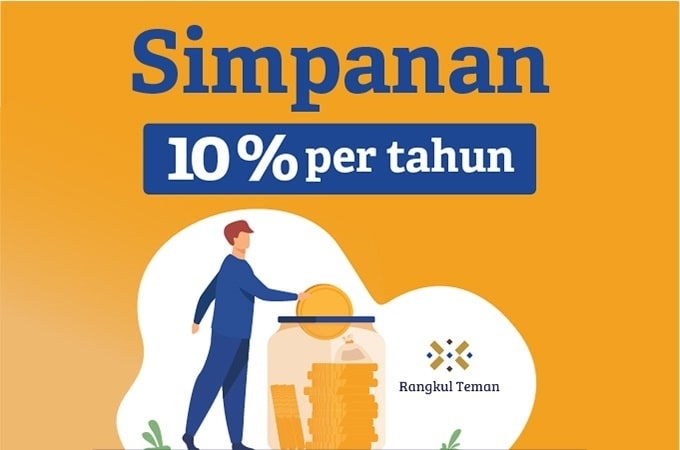 Indonesia is one of the world's largest producers and exporters of coal. Since 2005, when it overtook Australia, the country is the leading exporter in terms of thermal coal. A significant portion of its exported thermal coal consists of the medium-quality type (between 5100 and 6100 cal/gram) and the low-quality type (below 5100 cal/gram) for which large demand originates from China and India. According to information presented by Indonesia's Ministry of Energy and Mineral Resources, Indonesian coal reserves are estimated to last around 83 years if the current rate of production is to be continued.

There are numerous smaller pockets of coal reserves on the islands of Sumatra, Java, Kalimantan, Sulawesi and Papua but the three largest regions of Indonesian coal resources are:

The Indonesian coal industry is rather fragmented with only a few big producers and many small players that own coal mines and coal mine concessions (mainly in Sumatra and Kalimantan).

Since the early 1990s, when the coal mining sector was reopened for foreign investment, Indonesia witnessed a robust increase in coal production, coal exports and domestic sales of coal. The latter, however, has always been rather insignificant as domestic consumption of coal is relatively small in Indonesia. But in recent years there has been a rapid increase in domestic coal sales because the Indonesian government is committed to its ambitious energy program (implying the construction of various power plants, mostly coal-fired because Indonesia has plenty of coal reserves). Moreover, several big Indonesian mining companies (for example coal miner Adaro Energy) have expanded into the energy sector as prolonged low commodity prices made it unattractive to remain focused on coal exports, hence becoming integrated energy companies that consume their own coal.

Roughly between 70-80 percent of Indonesia's coal production is exported abroad, the remainder is sold on the domestic market.

During the 2000s commodities boom the coal mining industry was very lucrative as coal prices were comfortably high. Hence, many Indonesian companies and wealthy families decided to acquire coal mining concessions on Sumatra or Kalimantan in the late 2000s. Coal became known as the "new gold".

What drove this increase in Indonesia's coal production and export?

The main export destination countries for Indonesian coal are China, India, Japan and South Korea. During the peak years coal contributed around 85 percent to total state revenue from the mining sector.

in USD/ton
Source: Ministry of Energy and Mineral Resources

The commodities boom of the 2000s generated significant profits for companies engaged in the export of coal. The rise in commodity prices was - to a large extent - triggered by accelerated economic growth in emerging and developing economies. But this profitable situation changed with the outbreak of the global financial crisis in 2008 when commodity prices went down fast. Indonesia was affected by these external factors as exports of commodities (in particular coal and palm oil) account for around 50 percent of total Indonesian exports, thus limiting the country's GDP growth in 2009 to 4.6 percent (which still represents an impressive number, largely supported by domestic consumption). From the second half of 2009 until the beginning of 2011 a sharp rebound in global coal prices occurred. However, reduced global economic activity has lessened demand for coal, thus resulting in a downward trend of coal prices between early 2011 and mid-2016.

Apart from sluggish global economic growth (and the hard landing of China's economy), there was also another factor at play that caused low coal prices. During the lucrative 2000s commodities boom many new coal mining companies were established in Indonesia while existing coal miners raised investment to expand production capacity. This caused a severe supply glut that was exacerbated by coal miners' eagerness in the years 2010-2013 to produce and sell as much coal as possible - amid low global coal prices - in order to generate revenue and profit.

In the second half of 2016 coal prices surged to levels last seen in early 2014, hence giving some fresh air to the mining industry. This price increase was triggered by the somewhat recovering crude oil prices, rising domestic coal demand in Indonesia on the back of the completion of new coal-fired power plants, but more importantly because of China's coal mining policies. China, the world's largest producer and consumer of coal, decided to cut its domestic coal output. The key reason why China wanted to push the coal price into higher territory in the second half of 2016 is that China's non-performing loan (NPL) ratio in the domestic banking sector had risen to 2.3 percent in 2015. The main reason that explains this rising NPL ratio was that China's coal mining companies had trouble to repay debt.

However, considering global economic activity is still rather bleak, the direction of coal prices in the short to medium term are highly dependent on China's coal policies.

Despite global awareness regarding the importance to reduce nation's dependency on fossil fuels, developments in renewable energy resources do not show an indication that the world's dependency on fossil fuels (especially coal) will be reduced significantly in the foreseeable future, thus coal is set to remain a key energy resource. Clean coal technologies in coal mining, however, are expected to gain significance in the future (partly due to commercial relevance) and Indonesia is expected to become heavily involved in that process being a major player in the coal mining sector. These clean coal technologies focus on the reduction of emissions produced by coal-fired power generation but lack sustained progress yet. Upstream activities connected to coal mining, such as the development of coalbed methane (CBM) reservoirs of which Indonesia contains great potential, has begun to receive attention recently.

Indonesian government policy will affect the nation's coal mining industry. To secure domestic supplies, the Indonesian Ministry of Energy and Mineral Resources orders coal producers to reserve a specific amount of their production for domestic consumption (domestic market obligation). Moreover, the government can adjust its export tax to discourage coal exports. The government aims for more domestic consumption of coal as it wants coal to supply around 30 percent of the country's energy mix by 2025: