In next few columns we will highlight the main issues discussed in the Circular Bank Indonesia.

Background: Mandatory Use of Rupiah in Indonesia

The Regulation, which is an implementing regulation of Law number 7 of 2011 concerning Currency, mandated the use of the Indonesian rupiah for the following cash and non-cash transactions:

1. each transaction which has the purpose of a payment for something;
2. other settlement of obligations that must be fulfilled by transferring money; and/or
3. other financial transactions.

Also prices in quotations of the above mentioned transactions must be stated in rupiah. The Regulation stipulated also several exceptions to the mandatory use of rupiah.

The above-mentioned infrastructure projects can be excluded from the mandatory requirement to use the rupiah in case:

1. a project is declared by the local or central government as strategic infrastructure project. In such event the government will issue a license to the respective project company; and
2. the project company must obtain approval from BI for the exemption to the obligation to use the rupiah.

The Circular Bank Indonesia further defines the application requirements to request approval from BI by preparing the following documents:

1. a document showing legality of the applicant, such as the deed of establishment, including its amendments, domicile, and company profile;
2. the license of the government designating the project as strategic infrastructure project. For subcontractors of such project, they may attach a copy of the aforementioned license, accompanied by a recommendation which states:

a. that the project of the subcontractor is a part of the strategic infrastructure project; and/or
b. the implementation requires foreign exchange or services origination from outside the Indonesian territory.

3. A copy of the agreement which shows that payments are made in foreign currency.

Unless BI requires more time, BI gives approval or rejection in writing on the request submitted, no later than 30 days after receipt of the complete application.

In our next column we will discuss among others the exemption of mandatory use of rupiah provided by BI in certain circumstances. 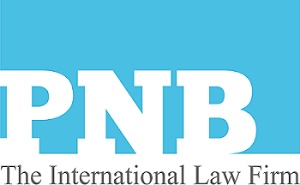