Based on the latest reports - and contrary to earlier plans - the Indonesian government will not postpone the development of 15,200 MW of power projects. Earlier the government said it wanted to delay various power projects in an effort to curtail imports, thus improve the country's current account balance and ease heavy pressures on the rupiah exchange rate.

Earlier plans to postpone import-driven power projects met resistance from entrepreneurs, investors and business associations. While the government was keen on saving billions of US dollars worth of imports (required to develop the power projects), critics argued that the delay in construction of additional power capacity would impact negatively on Indonesia's investment climate and the whole economy. After all, there is still a shortage of power in Indonesia, especially outside the island of Java.

Andy Noorsaman Sommeng, Director General of Electricity at Indonesia's Energy and Mineral Resources Ministry, said (as quoted by Indonesian newspaper Kontan) "chances are that all power projects will go ahead as planned, particularly considering the country's need for more power capacity, the need to improve the quality of the investment climate, and the stabilizing rupiah rate". 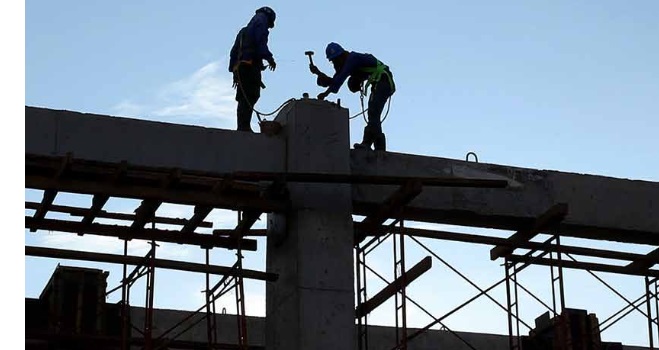 However, after a couple of weeks of stable performance the rupiah has started to weaken again against the US dollar over the past couple of days. By noon on Wednesday (26/09) the rupiah had depreciated 0.13 percent to IDR 14,936 per US dollar (Bloomberg Dollar Index), gradually approaching the IDR 15,000 per US dollar level that is a sensitive one as it reminds people of the Asian Financial Crisis in the late 1990s.

The rupiah is weakening ahead of decisions taken at the Federal Reserve's ongoing policy meeting (25-26 September 2018). It is widely believed that the Fed will raise its benchmark interest rate by 25 basis points to the range of 2.00 - 2.25 percent on the back of an improving US economy. However, it is also widely assumed that Indonesia's central bank (Bank Indonesia) will raise its key rate by 25 basis points to 5.75 percent at the two-day policy meeting that starts today (26-27 September 2018).

While power infrastructure projects will strengthen the Indonesian economy on the long term, rupiah weakness is basically a short term affair. However, the incumbent Indonesian government seems particularly eager to support the local currency because a weak rupiah provides ammunition for political opponents to criticize the government and encourage people to vote for opposition - led by presidential candidate Prabowo Subianto - in the upcoming legislative and presidential elections in April 2019.

Therefore, we would not be surprised if the Indonesian government will change its mind and, again, opt for a delay in the construction of some power projects (to curtail imports) if the rupiah continues to weaken toward the IDR 15,000 per US dollar level (or passes beyond that level). For now, it is important to wait and see first what the central banks of the USA and Indonesia do at their policy meetings and how the rupiah is impacted by their decisions.

We move more and more in-depth analyses from our website to our monthly research report. This report can be purchased here