As expected, Indonesia's benchmark Jakarta Composite Index fell on Friday (01/07) due to profit-taking after an impressive recent (relief) rally that brought the index into bull market territory earlier this week. Meanwhile, the Indonesian rupiah maintained its momentum, appreciating 0.72 percent to IDR 13,115 per US dollar on the first day of the new month, the currency's strongest level in three and a half months. Most Asian emerging markets have now repaired their earlier Brexit-induced losses.

One week ago, global financial markets were shocked by the Brexit issue (Great Britain deciding to leave the European Union after the "leave camp" won the referendum that was held on 23 June 2016). Ahead of the referendum result - and during the counting process on Friday 24 June when it became gradually clear that Britain would leave the EU - Indonesian assets (as well as all other assets except for safe havens such as the US dollar, yen and gold) weakened sharply. However, one week later the benchmark Jakarta Composite Index more than repaired the loss. In fact, the index touched a one-year high on Thursday (30/06) at 5,016.65 points.

The Indonesian rupiah showed the same trend: due to concern about the Brexit the currency weakened sharply on Friday 24 June 2016. However, in the new week it strengthened from IDR 13,391 to IDR 13,164 per US dollar (Bloomberg Dollar Index).

What explains the remarkably recovery of Indonesian stocks and the rupiah?

Firstly, markets have calmed after having "digested" the Brexit issue, while various key central banks announced that they are on standby to add stimulus. Not only Indonesian assets, but also other emerging market stocks and currencies erased earlier losses that were caused by Brexit. Meanwhile, the Dow Jones Industrial Average is close to erasing its earlier losses.

Secondly, there are few people who expect the US Federal Reserve to raise its key Fed Funds Rate in the near future. In fact, speculation is rising that the US central bank will cut its key rate soon due to the strong US dollar (that forms one of the safe haven assets that were searched for amid concern about Brexit). With the Fed expected to postpone a rate hike (perhaps up to 2017 or 2018), the higher yielding (yet riskier) emerging assets become more attractive.

Thirdly, earlier in the week, Indonesia's House of Representatives (DPR) approved the tax amnesty program. Although we are still not convinced about the fruits of this program, Indonesian authorities (as well as many analysts) expect significant capital inflows into Indonesia in the next eight months (the amnesty program runs from July 2016 to March 2017). This program offers attractive tax incentives to those (former) tax evaders who want to declare and repatriate their offshore assets into Indonesia. If successful, there will emerge a strong inflow of funds into Indonesian stocks, bonds and sectors such as property.

The performance of Indonesia's Jakarta Composite Index on Friday (01/07) was in stark contrast to the overall rising trend in Asian stock markets today (with the exception of Malaysian stocks that fell due to the nation's unexpected May export contraction and sliding oil prices). The MSCI Emerging Markets Index of shares rose 3.8 percent for the week, its largest gain in four months, reflecting the strong recovery in the post-Brexit period. Indonesian stocks, however, were victim of profit-taking as stocks were heading for overbought market territory.

In reaction to the rallying rupiah (which touched a 3.5-months high today), Indonesia's central bank said it will intervene if the currency becomes too strong. However, the bank obviously did not give any indication what level it considers "too strong". Bank Indonesia also indicated that it has room for further monetary easing as inflation, the rupiah rate and the nation's current account deficit are all under control (or have improved) so far in 2016. This year, Bank Indonesia already cut its key interest rate (BI) rate gradually from 7.50 percent to 6.50 percent. Today, Statistics Indonesia announced that Indonesia's inflation rose slightly to 3.45 percent (y/y) in June 2016, still well within the central bank's target range (between 3 and 5 percent) in full-year 2016.

This column was written by R.M.A van der Schaar, the Managing Director of Indonesia Investments. He obtained his Masters degree in Southeast Asian Studies from Leiden University (the Netherlands) with a major focus on the society, history and linguistics of Indonesia. 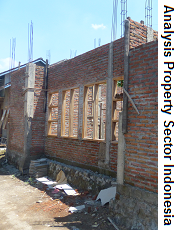