Indonesian stocks made a remarkable rebound on Friday (21/04). The benchmark Jakarta Composite Index gained 1.24 percent to 5,664.48 points on the last trading day of the week (coming Monday Indonesian markets are closed for the remembrance of the ascension of the Islamic Prophet Muhammad). Meanwhile, the Indonesian rupiah appreciated 0.01 percent to IDR 13,322 per US dollar on Friday (Bloomberg Dollar Index).

The rise came after Indonesia and the United States agreed to reduce trade and investment barriers for US companies that are operating in Indonesia. Currently, there are some problematic issues, such as weak intellectual property protection, lack of transparency, and the "unfair" requirement in specific manufacturing industries to have a minimum amount of local content (in order to be allowed to sell products on the Indonesian market).

Both Indonesian President Joko Widodo and Indonesia's Investment Coordinating Board Chairman Tom Lembong emphasized the need to improve Indonesia's investment and business climate in order to attract foreign direct investment, hence create employment opportunities for the local population and boost structural macro-economic growth. Lembong said there are currently still too many regulations and trade barriers in Indonesia that undermine local and foreign industries.

The rebound of the Jakarta Composite Index on Friday, again, confirmed the Jakarta gubernatorial election had little impact on the performance of Indonesian stocks. In the second round of the Jakarta gubernatorial election on Wednesday (19/04) Christian incumbent Jakarta Governor Basuki Tjahaja Purnama (Ahok) was defeated by Anies Baswedan. The latter is supported by hardline Muslims as well as by the "modern colonizers" (a group of billionaire businessmen who seek political control of the country).

With regard to the Jakarta election there did emerge some concern about the continuation of development of the ambitious North Jakarta reclamation project, a project that was supported by Ahok. These concerns explained the 0.2 percent decline of Indonesian property stocks on Thursday (20/04). However, these property stocks rebounded by 1.16 percent on Friday (21/04).

Overall, stocks rose in Asia on Friday, supported by a mild recovery in commodity prices as well as a Wall Street rally overnight that was based on bets of strong earnings and tax reform in the USA. 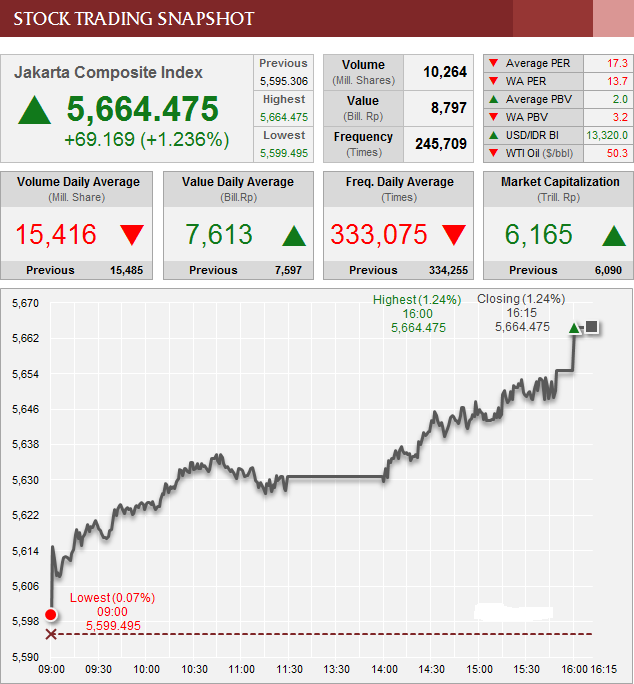