Subscribers may have noticed that over the past couple of months, perhaps even the past half year, we devoted one article per month to the topic of renewable energy. And, it is a combination of factors that motivates this decision.

Firstly, energy is simply a crucial input for essentially everything in life; whether it is the manufacturing of goods, traveling or chilling in front of the TV while enjoying a cold drink and an air conditioner (or a hot drink and a thermostat that keeps the room warm), energy is the lifeblood. And so, this topic deserves special attention.

Secondly, we are at the beginning of an (unprecedented) energy transition in which fossil fuels are (gradually) being replaced by renewable energy sources. The main reason for this transition is concern over mankind’s contribution to global warming (in the form of man-made greenhouse gases released through the burning of fossil fuels). This energy transition is an agenda that is pushed by the West. And, while we are certainly willing to believe that concern among the West’s political elite over the global warming issue is genuine, we do suspect that certain geopolitical strategies are at the core of this energy transition as it makes the world less dependent on – or in fact independent from – Middle Eastern crude oil and Russian gas. Meanwhile, the transition also means new (lucrative) business models and new financial products (for example green bonds) can be introduced.

Thirdly, many analysts and institutions have been warning over the past six months or so that high inflation (yet stagnant economic growth; a combination that is called stagflation) is to emerge, and to stay for a long period. Besides the enormous amount of money that has been pumped into societies by central banks over the past decade (and more recently the Russo-Ukrainian war that has caused commodity prices to soar), the energy transition is also bound to cause significant inflationary pressures as the transition is likely to cause disruptions to the power supply. After all, despite ongoing advances with renewable energy sources, fossil fuels simply remain more reliable and cheaper than their renewable counterparts.

So, this month, it is hydro power that enters our spotlight. To refresh our memories, after initially being somewhat hesitant, the Indonesian government has seemingly thrown its full support behind the energy transition. By 2025, renewable energy is targeted to contribute 23 percent to Indonesia’s primary energy mix, followed by 29 percent in 2030, and finally followed by net zero emissions by 2060.

However, considering renewable energy sources only contributed 11.2 percent to Indonesia’s primary energy mix at the end of 2020, and 11.5 percent by the end of 2021, it requires some massive speeding up in the remaining three years to reach the target. And, the bitter reality is that it is simply impossible to reach the target set for 2025 (which subsequently means that targets set for the other years are unlikely to be achieved too). It would therefore be better for the government to set new, more realistic targets and ambitions because when it is obvious that targets cannot be met it can actually demoralize or demotivate policymakers and stakeholders. 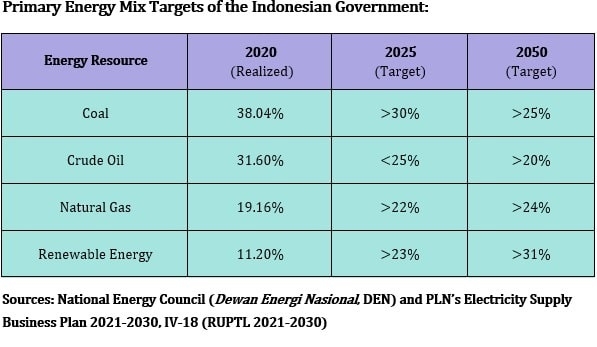 Interestingly enough, hydro power is not the ‘sexiest’ among the renewable energy sources in Indonesia in the sense that – compared to solar, geothermal or bioenergy – this topic rarely gets in-depth attention in Indonesian media. Nonetheless, hydro power is the biggest source of clean energy in Indonesia today. At the end of 2021, a total of 6,601.9 Megawatt (MW), which equals 6.60 Gigawatt (GW), of electricity was generated through hydro power across Indonesia.

Based on the table below, hydro power accounted for 57 percent of total electricity that is generated from renewable resources in Indonesia at the end of 2021. 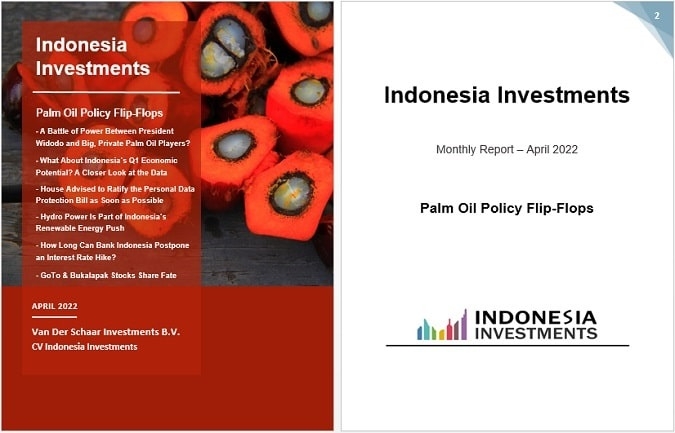