As Indonesia is increasingly focusing on renewable energy sources, the potential of geothermal power in Indonesia is usually in the spotlight. However, the potential of ocean thermal energy conversion (OTEC) is seldom mentioned, while it is estimated that Indonesia's OTEC potential is around 41,000 megawatt (MW), among the biggest worldwide.

OTEC is energy that is derived from tropical sea waters. It uses the temperature difference between cooler deep and warmer shallow or surface seawater to run a heat engine. This way it can generate electricity.

Indonesia, the world's biggest archipelago, contains about 95,000 square kilometers of inland seas. As such, it has great potential for OTEC. However, this potential remains untapped. Indonesia's Ministry of Energy and Mineral Resources recently stated that there are 17 locations in Indonesia that have potential for OTEC development, particularly off the coast of West Sumatra, South Java, Sulawesi, North Maluku, Bali and East Nusa Tenggara.

Suryadharma, Chairman of the Indonesian Renewable Energy Society (in Indonesian: Masyarakat Energi Terbarukan Indonesia, or METI), said OTEC development in Indonesia is currently still in the "study phase". In fact, a key disadvantage of OTEC is that it requires capital-intensive technology and therefore it is not too attractive for investors. Therefore, naturally, it would need to be the government that invests in this renewable energy source.

Based on the General Planning for National Energy (in Indonesian: Rencana Umum Energi Nasional, or RUEN), the Indonesian government aims to boost the role of renewable energy significantly (renewables are targeted to make up 23 percent - or 45,000 MW - of Indonesia's total energy mix by 2025). Through state-owned electricity company Perusahaan Listrik Negara (PLN)'s latest electricity procurement business plan (in Indonesian: Rencana Usaha Penyediaan Tenaga Listrik, or RUPTL), the government targets to raise the contribution of renewable energy (towards its total electricity mix) from 11.9 percent in 2016 to 22.5 percent in 2026. 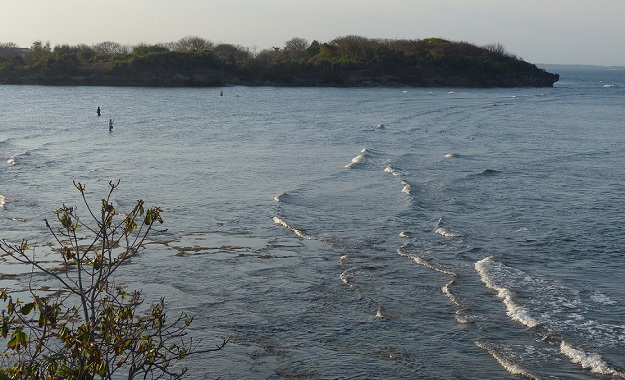 To achieve the targets of this ten-year electricity supply plan (RUPTL) there is the need for 21,600 MW of new renewable energy sources in the decade ahead.

Indonesia's Center for Marine Geological Research and Development (in Indonesian: Pusat Penelitian dan Pengembangan Geologi Kelautan, or PPPGL), which is the research and development agency of the Energy Ministry, recently conducted a sea trial as preparation for the identification of OTEC areas in the Lembata waters, in East Nusa Tenggara, a region that is estimated to contain great OTEC potential. Meanwhile, Ediar Usman, Head of Research at this institution, said power generation through OTEC will not only result in much-needed generation of electricity but also in cleaner water due to the evaporation of seawater. This would be a positive matter for fish populations and local fishery.

METI Chairman Suryadharma added that the legal framework should be dealt by the Indonesian government in order to attract more investment in renewable energy projects from private investors. He emphasized the need for a separate Renewable Energy Law in order to enhance legal certainty for investors. This would be better than the various ministerial regulations that are issued so far.