Bank Indonesia, the central bank of Indonesia, decided to leave interest rates unchanged at the April policy meeting (18-19 April 2018). The benchmark interest rate (the 7-day Reverse Repo Rate) was kept at 4.25 percent for the seventh straight month. Meanwhile, the deposit facility and lending facility rates were maintained at 3.50 percent and 5.00 percent, respectively. Dody Budi Waluyo, who was inaugurated as Deputy Governor on Wednesday (18/04), said an interest rate hike would be counterproductive to the nation's economic growth.

The promising global economic recovery outlook will induce world trade volume and elevate international commodity prices in 2018, including crude oil. Nevertheless, several external risks will continue to demand vigilance, among others related to the impact of the continuing process of US monetary normalizing in the form of a rising Fed Funds Rate and the reduction of the central bank balance, inward-oriented trade policies, and geopolitical factors (especially in the Middle East which could increase volatility in financial markets further and reduce trade volume and global economic growth).

Regarding domestic economic growth in Q1-2018, Bank Indonesia expects to see a higher gross domestic product (GDP) figure than in the same period one year earlier due to an improvement in domestic demand and investment. Building investment increases as private and public infrastructure projects continue to progress, while non-building investment will be drawn to the primary sector, particularly mining. Bank Indonesia's Business Activity Survey shows an increase in business activity in Q1-2018. Also an improvement was detected in non-financial corporations' performance in various sectors. Meanwhile, private consumption is expected to grow as consumers' purchasing power improves on the back of rising incomes and accelerated social assistance disbursements, coupled with increased spending during the run up to the local elections in mid-2018.

Regarding the external sector, commodities will be the key driver of Indonesia's export growth, particularly mining products. But stronger manufacturing exports are also seen. Imports are also projected to increase in particular on capital goods and raw materials. Consequently, Bank Indonesia projects domestic economic growth in 2018 in the range of 5.1 - 5.5 percent year-on-year (y/y). 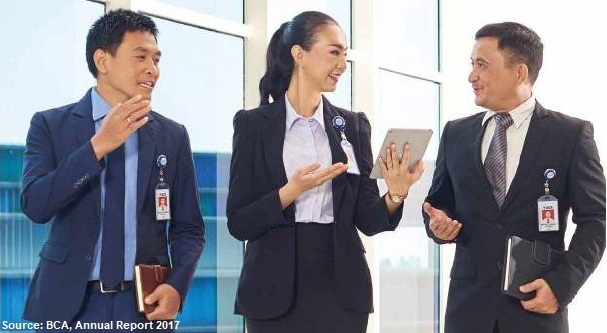 Indonesia's trade balance recorded a surplus in March 2018, backed by improvement of non-oil and gas exports. Therefore, the country's trade surplus stood at USD $1.09 billion in March 2018, reversing the USD $0.05 billion deficit recorded the preceding month. The nascent trade surplus stemmed from a larger non-oil and gas trade surplus that exceeded the increasing oil and gas trade deficit. The non-oil and gas surplus increased on solid export growth at 8.2 percent (y/y), buoyed primarily by mining commodities such as coal, as well as manufacturing products including base metal, textile and textile's product, processed food, footwear, and machinery and mechanical appliances.

On the other hand, non-oil and gas imports posted an 11.1 percent (y/y) growth, backed by imports of capital goods and raw materials. Cumulatively, from January-March 2018, the trade balance has recorded a USD $0.28 billion surplus. Meanwhile, foreign portfolio investment on stocks and government obligations had recorded outflows during Q1-2018, but this recovered in the first two weeks of April. Consequently, the position of Indonesia's official foreign exchange reserves at the end of March 2018 stood at USD $126.00 billion, equivalent to 7.9 months of imports or 7.7 months of imports and servicing government external debt, which is well above the international standard of three months. As domestic economic growth accelerates, the current account deficit of Indonesia is projected in the range of 2.0 - 2.5 percent of GDP in full-year 2018, which is considered a safe level (remaining within a safe threshold of below 3 percent of GDP).

The Indonesian rupiah exchange rate depreciated in March 2018 (followed by a stable rate in the first half of April). In March, the rupiah depreciated by an average of 1.13 percent (month-on-month). The improvement of US economic indicators, accompanied by market expectations of aggressive tightening by the Federal Reserve, heightened pressures on the rupiah a long with the impending risk of a trade war between the US and China. Such inauspicious dynamics triggered a capital reversal and global exchange rate depreciation pressure, including the rupiah. Nonetheless, congruent with Bank Indonesia's efforts to stabilize the rupiah, controlled domestic inflation, Indonesia's sovereign ratings upgrade (by Moody's Investors Service) and the Q1-2018 trade surplus drew non-resident capital inflows, hence the rupiah quickly stabilized in the first half of April 2018.