Indonesia Investments carefully followed developments surrounding Indonesia’s presidential and legislative elections (which were held on Wednesday 17 April 2019). Although the official results will only be announced in late May (as the General Elections Commission, or KPU, will be busy counting all votes up to 22 May 2019) we can already draw several conclusions from these events.

There are both positive and negative conclusions that can be drawn after seeing developments on Indonesia’s Election Day, particularly based on the unofficial quick count and exit poll results as well as the reactions to these unofficial, yet reliable, indicators.

A positive conclusion – and a very valid reason to congratulate Indonesia – is that the country managed to organize the world’s biggest and most complicated elections in an orderly fashion and with relatively few noteworthy problems or incidents. Yes, there were reports that at some locations there were not enough ballots, and there were also reports that at some voting booths people were being pressured into voting for a specific person or party. However, as far as can be concluded at this point, these negative stories are only incidents, and therefore – generally speaking – we can conclude that the elections in Indonesia went smoothly.

This is a big accomplishment indeed. Indonesia is the world’s third-biggest democracy (after China and the United States) and for the very first time organized the presidential and legislative elections simultaneously on one single day. This obviously brings huge logistical challenges, particularly because the country constitutes an enormous archipelago (in fact, it is the world’s largest archipelago that stretches over 5,150 kilometers and is composed of around 17,000 islands). Indonesia’s elections can actually be labelled as the world’s most-complex elections so far. Indeed, India’s 2019 general election, which is currently underway, is complex too with approximately 900 million citizens being eligible to vote. However, in India voting takes place in seven phases over a five-week period, not on one single day. 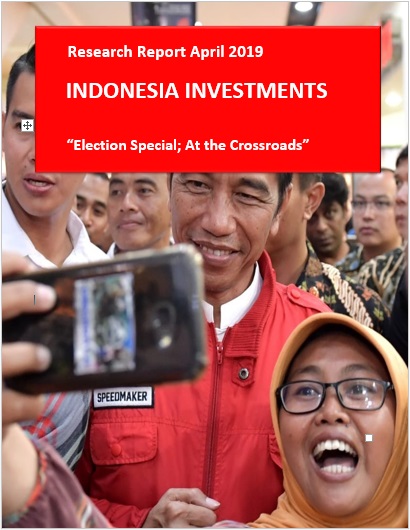 Are you concerned about rising identity politics (and the growing influence of Islamic teachers on politics) in Indonesia?