In the decades ahead (barring any unforeseen circumstances) various countries will ban sales of new fossil fuel vehicles, leaving no other option than the electric car or motorcycle. Norway could become the first country to impose this ban (scheduled to come into effect in 2025) followed by various other European countries (Belgium, Denmark, Sweden, Iceland, and the Netherlands in 2030).

In Asia, Singapore is set to become the first country to impose a ban on sales of new fossil fuel vehicles (with its full ban scheduled for 2030), followed by China, Japan, Thailand, and South Korea in 2035. Indonesia, however, will need some more time to make this transition. Initially, government officials mentioned 2040 as target year for the ban. More recently though a full ban seems to have shifted to 2050 (based on a statement by Energy and Mineral Resources Minister Arifin Tasrif in local media). We assume the country will see a gradual transition, starting with a ban on sales of fossil motorcycles (around 2040) before a ban on sales of fossil cars kicks in (2050). 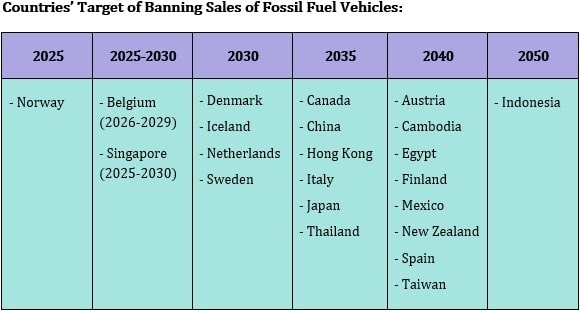 We should indeed not be surprised to see a gradual transition because – so far – most renewable energy targets of the Indonesian government have not been achieved as this transition is not only complex but also risky (because renewable energy sources remain less efficient and less stable –and therefore more expensive– than their fossil counterparts, and so it can actually aggravate poverty if forcefully imposed in a too rapid manner in a country where poverty remains a big problem).

For the past decade or so, Indonesian government officials have stated that they aim to turn Indonesia into Southeast Asia’s manufacturing hub for cars and motorcycles by 2030 (surpassing the region’s leading automotive force Thailand), mainly via the influx of foreign investment.

But then the electric vehicle arrived on the scene. And therefore, the focus has to be shifted by nurturing an electric vehicle ecosystem (including fiscal incentives) that allows the existing business-owners and consumers to adapt, while attracting new investors to Indonesia that are focused on the development of industries both in the upstream and downstream sectors of the electric vehicle industry.

First, back to the basics. Why is Indonesia an interesting place for manufacturing purposes and as a market to sell cars and motorcycles?

This is the introduction of the article. In case you want to buy the full article (an electronic report) you can contact us by sending an email to info@indonesia-investments.com or a message to +62.882.9875.1125 (including WhatsApp).

Price of this article: 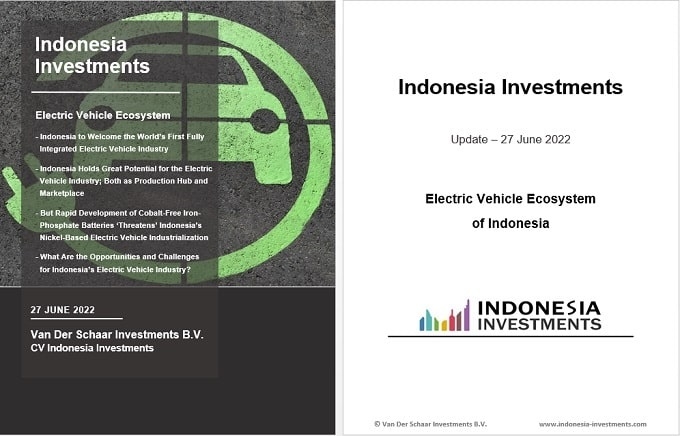