Indonesia's benchmark Jakarta Composite Index slipped for the third consecutive day on Tuesday (02/05), unable to follow the general trend in Asian markets. While the overnight rally on Wall Street (the Nasdaq hitting a new all-time high) and easing geopolitical concerns on Korea provided the right context for most Asian stocks to rise, Indonesia failed to follow suit. This was attributed to higher-than-expected inflation. However, we also want to add that valuations of Indonesian stocks are still high, making these stocks "a bit unattractive".

Regarding Indonesia's consumer price index, inflation surged to 4.17 percent year-on-year (y/y) in April 2017, touching a 13-month high. The figure is well above analysts' forecasts and therefore caused some negative sentiments on the Indonesia Stock Exchange.

Although for Indonesian standards a 4.17 percent (y/y) inflation figure is actually not that bad, there are still some inflationary pressures to come as the Indonesian government is set to raise electricity tariffs again this month (the government's electricity subsidy reform program is mainly to blame for Indonesia's high inflation figure so far this year). Moreover, the Ramadan and Idul Fitri celebrations are to come soon, a period when increased consumption leads to inflationary pressures. Hence, if the government fails to safeguard ample supplies of food products, then inflation can easily accelerate further in the months to come.

But another problem for investors is the high valuation of Indonesian stocks. Since the start of 2017 Indonesia's benchmark Jakarta Composite Index has risen 7.16 percent, touching an all-time record high, due to the consistent influx of foreign funds. Indonesia's price-to-earnings ratio (PER) has now reached 17.4 times. This makes Indonesian stocks expensive compared to Singapore (with a PER of 12 times) or Thailand (with a PER at 14 times).

In recent months it has been widely speculated that Indonesia will soon obtain the investment grade rating status from Standard & Poor's (which would imply Indonesia has obtained the investment grade status from all three key credit rating agencies and thus could expect to see a solid inflow of new funds). Such optimism is partly behind the solid performance of Indonesian stocks so far this year. But the danger is that if S&P, the most conservative one among the credit rating agencies, decides not to grant investment grade status (yet) to Indonesia this year, then there could occur capital outflows, particularly as the Federal Reserve is eager to tighten its monetary policy further (raising interest rates and trimming its USD $4.5 trillion balance sheet), while valuations of Indonesian stocks are high. 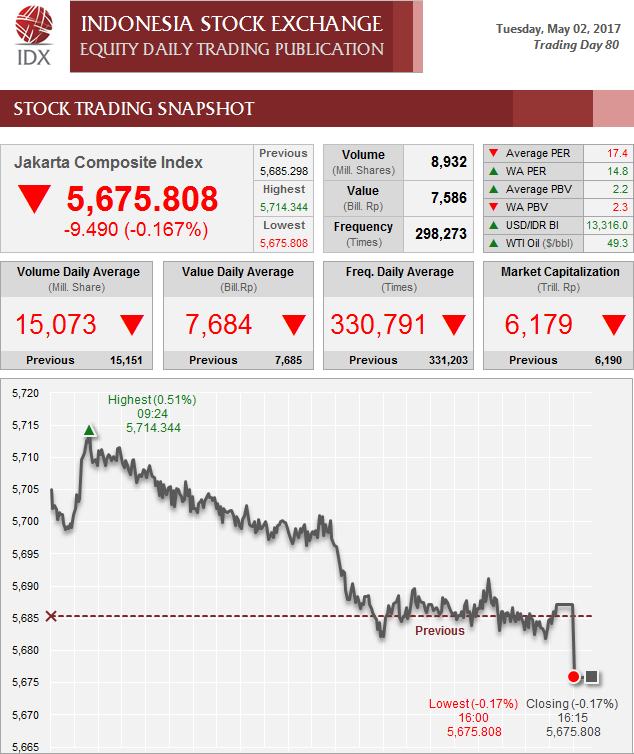