The extended Eid al-Fitr holiday is now over and everyone should be back at work per Monday (25/06). Indonesia's capital city of Jakarta is also, again, plagued by heavy traffic congestion. In fact, traffic congestion should be slightly worse than before the holiday because it is estimated that more than 72,000 newcomers settled in Jakarta after this year's Eid al-Fitr holiday.

During the annual Eid al-Fitr holiday (which marks the end of the Ramadan month) millions of people who live in the urban areas in Indonesia go back to their places of origin to spend a couple of days with their families (who usually reside in the rural areas or smaller cities). This is known as the mudik tradition. Millions of people conducting the mudik implies that a city like Jakarta becomes rather empty for about a week. Another interesting fact is that those millions of people who travel to the rural areas, together, bring trillions of rupiah with them. This gives a great boost to the money circulation in the local economies.

Another interesting fact is that the influx of people in a city like Jakarta after - or near the end of - the Eid al-Fitr holiday exceeds the number of people who left the city at the start of the holiday. It often happens that workers who visit their places of origin bring a family member (for example a wife or child) or friend (who is in search of a job) back to the city. Thus, the population size of Jakarta rises after each Eid al-Fitr holiday. It is estimated by Jakarta's local authorities that 72,167 newcomers settled in Jakarta after this year's Eid al-Fitr. This figure is slightly higher than the 71,415 people who settled in Jakarta after last year's Eid al-Fitr.

Newcomers in Jakarta after the Eid al-Fitr Holiday:

However, - and seemingly in contrast with the data - Edison Sianturi, Head of the Jakarta Population and Civil Registration Agency, said rural people are now less eager to migrate to Jakarta because there has recently been significant development in the rural areas (supported by the central government's "village funds" that are taken from the annual state budget). This gives rise to new employment opportunities in the rural areas.

Meanwhile, Jakarta Deputy Governor Sandiaga S. Uno, said it is important that the newcomers who migrate to Jakarta have certain skills and expertise so they can compete with the existing workforce in the capital city.

According to the latest data from Indonesia's Statistics Agency (BPS) the population of Jakarta numbered 10.2 million in early 2017. 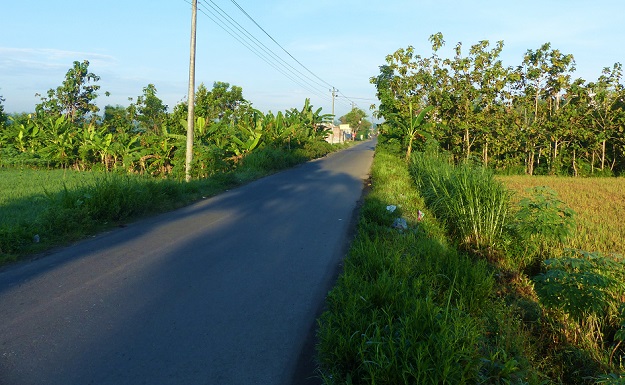 Last week we had already published an article about the drastic drop (about 30 percent year-on-year) in this year's Eid al-Fitr traffic accidents and casualties. The massive exodus and influx in and out of the city always triggers a big number of traffic accidents (as well as deaths) due to fatigue. There are three key reasons behind the declining number of accidents and casualties during this year's Eid al-Fitr:

A Jump in Retail Sales

Very encouraging news is that retail sales in Indonesia are estimated to have jumped during this year's Ramadan and Eid al-Fitr. Traditionally, this period gives rise to a surge in private consumption, specifically food items as well as clothes, shoes and bags. Last year, however, retail sales were very disappointing during the Ramadan and Eid al-Fitr (which was attributed to poor purchasing power). Considering household consumption accounts for about 57 percent of total economic growth of Indonesia, it also triggered concern about the prolonged slow pace of macroeconomic expansion of Southeast Asia's largest economy.

• Disbursement of the 13th month salary for civil servants.