The green bonds are part of the Indonesian government's efforts to turn the Sustainable Development Goals (SDGs), which came into effect in January 2016, into a success. The SDGs are a universal call to action to end poverty, protect the planet and ensure that all people enjoy peace and prosperity.

Emma Sri Martini, President Director of SMI, stated that in performing its role, SMI has a strong commitment to sustainable development through the provision of financing facilities to various environmentally sound infrastructure projects in Indonesia. As such, SMI's commitment is in line with the commitment of the central government in terms of realizing the Paris Agreement's goals such as protecting and preserving the ecosystem and environmental quality.

SMI's green bonds secured accreditation from the Green Climate Fund, a new global fund that was created to support the efforts of developing countries to respond to the challenge of climate change. The accreditation enables SMI to channel global funds to a variety of environmentally friendly infrastructure projects at home. The Green Climate Fund listed SMI as the first Indonesian corporate institution that was accredited in the Southeast Asian region. 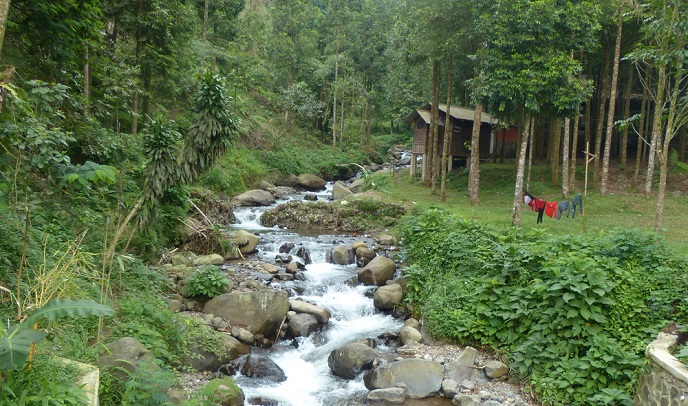 Despite a short book building period (due to the extended Idul Fitri holiday in Indonesia) demand for SMI's green bonds was very good at first and seemed to meet the company's initial target of IDR 1 trillion (approx. USD $70 million). However, Martini added that investors expected to see higher yields due to Bank Indonesia's higher interest rate environment and therefore actual demand was lower than the first indications.

When added together, series A and series B have a value of IDR 355 billion. But considering there was an excess demand from investors amounting to IDR 145 billion, the total reached IDR 500 billion. Martini said institutional investors - including insurance funds, pension funds, and mutual funds - showed great appetite for the company's green bonds.

Indonesian credit rating agency Pefindo assigned an idAAA rating to SMI's green bonds. The AAA rating is the highest rating in Pefindo's rating system and implies that there is a relatively low risk involved as SMI is regarded to have the ability to meet its long-term financial obligations.

Indonesia actually has a bad track record in terms of environmental protection and is regarded the world's fifth-largest emitter of greenhouse gases. Indonesians have a weak awareness of environmental issues. Hence, there occur the traditional man-made forest fires each year on commodity-rich islands Sumatra and Kalimantan as local farmers use the slash-and-burn technique to clear land for plantations (usually for pulp and paper or palm oil plantations).

Besides the green bonds, SMI also raised IDR 1 trillion in sukuk (Islamic bonds). Its sukuk program also allows an issuance of up to a maximum IDR 3 trillion.