Today - Tuesday 8 November 2016 - is an important day for the United States, and perhaps even more important for the rest of the world. Around 140 million American voters are expected to show up to vote for the 45th president in today's US presidential election. The US presidential race, a tough battle between Hillary Clinton (Democrats) and Donald Trump (Republicans), has a major impact on financial markets across the globe. In this column we discuss and follow the latest developments regarding the US presidential election on Indonesian stocks and rupiah.

In order to win the US presidential election a simple majority (270) of the 538 electoral votes are required. US Congress is scheduled to certify the electoral result on 5 January 2017, while the new President and Vice President are scheduled to be inaugurated on 20 January 2017. Voting on Tuesday 8 November begins, generally, at 11:00 am and noon GMT (6:00 am and 7:00 am ET) and finished between midnight and 1.00 am GMT on 9 November (7:00 pm and 8:00 pm ET). Timings vary for each state.

Over the past two weeks there occurred heavy volatility in global financial markets. While initially Clinton enjoyed a comfortable lead in the numerous polls, last week's announcement that the US Federal Bureau of Investigation (FBI) reopened its investigation into Clinton's email activities while in government caused a shift. Before this announcement markets had already priced in a Clinton victory and therefore a big selloff occurred when Clinton's lead in the polls waned. However, after FBI Director James Comey stated - on 6 November - that there is no new evidence to warrant charges against US presidential candidate Hillary Clinton, markets experienced a relief rally.

On Monday (07/11) US stocks finally broke the nine-day losing streak, a streak that was fed by uncertainty about the outcome of the US election. After the FBI's announcement the Dow Jones industrial average rebounded 2.1 percent, the Standard & Poor's 500 index surged 2.2 percent, while the Nasdaq composite added 2.4 percent. 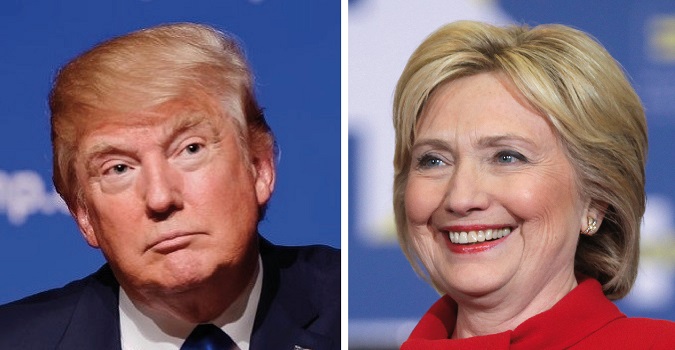 Supported by rebounding stocks in the USA overnight, Indonesia's benchmark Jakarta Composite Index (IHSG) had climbed 1.54 percent to 5,469.38 points by 15:20 pm local Jakarta time on Tuesday (08/11). Meanwhile, the Indonesian rupiah had appreciated 0.03 percent to IDR 13,082 per US dollar by the same time (Bloomberg Dollar Index).

Markets Support Who, and Why?

The information above clearly suggests that markets are hoping (and expecting) that Hillary Clinton will become the next US president. Why do markets prefer Clinton in the White House? 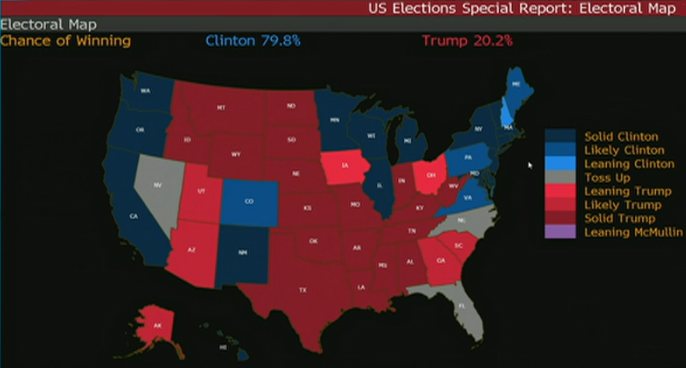 Who will become the 45th President of the USA?