One of Indonesia's most famous volcanoes - the Merapi volcano that is located on the border between Central Java and Yogyakarta - erupted on Friday morning (11/05), spewing ash as high as 5,500 meters into the sky. The sudden eruption of Mount Merapi led to the temporary shutdown of Yogyakarta's Adisutjipto International Airport. Meanwhile, local residents who live within a five kilometer radius of the volcano are forced to evacuate.

The Center for Disaster Management Control in Magelang (PUSDALOPS BPBD Magelang) said the eruption of Mount Merapi - known as Indonesia's most active volcano - is a phreatic eruption. This occurs when magma heats the ground or surface water and then causes the near-instantaneous evaporation to steam, resulting in an explosion of steam, water, ash, rocks, and volcanic bombs.

Sutopo Purwo Nugroho, spokesman for the Disaster Mitigation Agency (BNPB), said this latest eruption has not altered the alert status of Mount Merapi. The alert status is still set at "normal" with no eruption expected in the foreseeable future. He added that there are no reports (yet) of casualties.

Although subject to changes (due to new developments), Yogyakarta's Adisutjipto International Airport is expected to resume operations at 16:30 pm local time on Friday afternoon (11/05). Other nearby airports - in Semarang and Solo (both located in Central Java) - are operating normally.

In October and November 2010 Mount Merapi experienced an increasingly violent series of eruptions that resulted in 353 casualties and more than 20,000 evacuees. Being located on the Pacific Ring of Fire (an area with a high degree of tectonic activity), Indonesia has to cope with the constant risk of volcanic eruptions, earthquakes, floods and tsunamis. 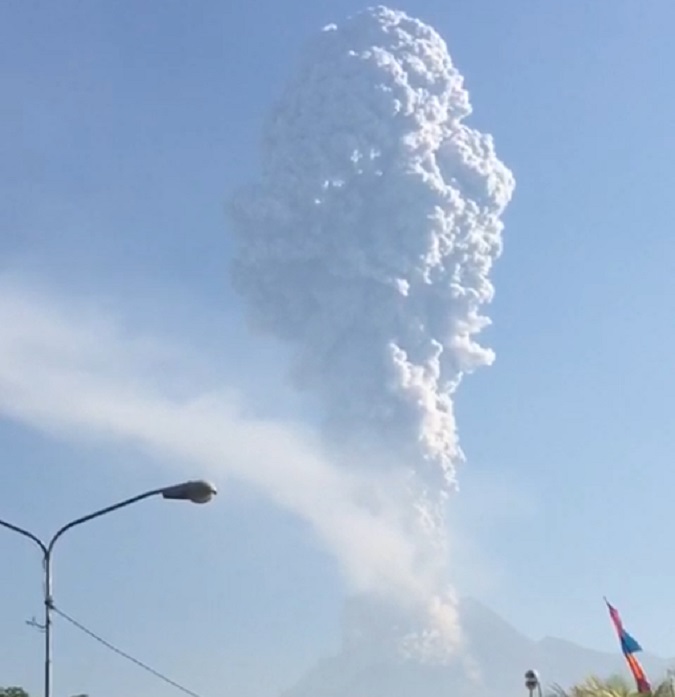