PT Unilever Indonesia Tbk is one of Indonesia’s largest consumer goods producers. The company’s portfolio of home & personal care and foods & refreshment products contains various well known brands, such as Wall’s, Lifebuoy, Vaseline, Pepsodent, Rinso, Blue Band, Dove, Rexona, and Clear. The company, which is for 85 percent owned by its Dutch holding company, is one of the largest companies in terms of market capitalization on the Indonesia Stock Exchange.

Products manufactured by Unilever Indonesia can be divided in two business lines: home and personal care products (including soaps, detergents, cosmetics), which account for about 73 percent of the company's total sales, and foods and refreshment (including margarine, dairy products, ice cream, tea), which account for the remaining 27 percent of sales. It is estimated that each Indonesian household uses at least one product that is sold by Unilever.

In 2012, the Mega Distribution Centre in Cibitung (West Java) started operations. With a floor area of around 80,000 square meters, it constitutes the biggest warehouse in Indonesia for a Fast Moving Consumer Goods (FMCG) company and the largest Unilever warehouse in the world. Unilever Indonesia’s distribution network comprises more than one million outlets across the Indonesian archipelago, more than half of which is covered directly by the company. The company's products are marketed through a network of more than 800 independent distributors who serve hundreds of thousands of stores across Indonesia. 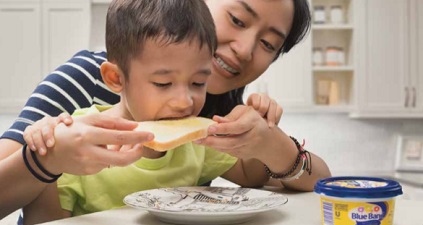 About 55 percent of the company's input costs are linked to foreign currencies. That is why sharp rupiah depreciation constitutes a challenge for Unilever Indonesia.

Unilever Indonesia says it has only just begun to tap the potential of Indonesia's market. Regarding the medium to long term, the company expects to grow further on the back of Indonesia’s demographic profile. The country, Southeast Asia's largest economy, has a young and growing population. In combination with Indonesia's robust economic growth it creates a rapidly expanding middle class that enjoys rising disposable income, hence forming a strengthening consumer force.