Today, Indonesian president-elect Joko Widodo (commonly referred to as Jokowi) and Facebook CEO Mark Zuckerberg met in Jakarta to discuss how Facebook can be utilized for the benefit of the people and how the social media network can support Indonesian micro businesses. With nearly 70 million, Indonesia contains the world’s fourth-largest Facebook community. With a total population that numbers about 250 million people, a burgeoning middle class and relatively low Internet penetration, there remains a large untapped potential.

Smartphone penetration is also still low (compared to its regional peers) at about 23 percent, implying that there is ample room for growth, including for online applications and social media as one of the characteristics of Indonesia is that most of its Internet users use a mobile device to access the Internet.

Zuckerberg, founder of Facebook, is on a visit in Indonesia to attend an Internet.org meeting held on Monday (13/10) - after having attended the Internet.org summit in New Delhi. In the meeting in Jakarta Zuckerberg discussed various matters with developers, operator partners and government leaders. One of the matters that was on the agenda is how to use data and networks more efficiently in Indonesia. Facebook opened an office in Jakarta in March 2014. 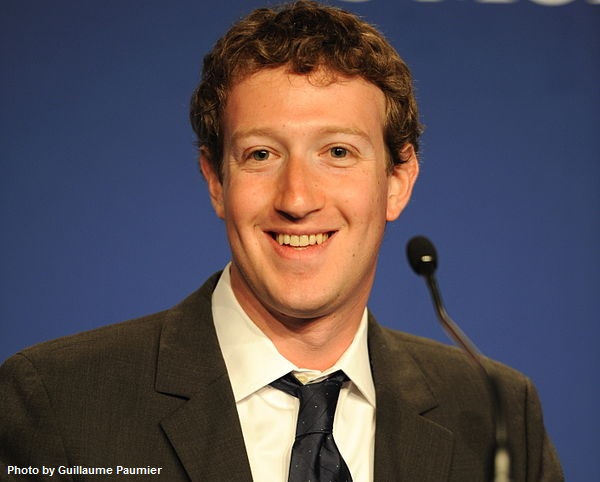 Internet.org is a partnership of Facebook and five technology companies. The main aim of the partnership is to increase Internet access in those parts of the world that still show low Internet penetration.

In recent years, social media have had great influence on politics, also in Indonesia. In this year’s presidential election both candidates - Jokowi and Prabowo Subianto - aggressively used social media as campaign tools.

Apart from the official meetings, Zuckerberg also visited a traditional market in Tanah Abang (Jakarta) as part of Jokowi’s impromptu visits program (blusukan). Through these unannounced visits Jokowi learns about the conditions of the people and can engage in direct communication with locals.

On Sunday, Zuckerberg visited the Borobudur near Magelang (Cenral Java). The Borobudur temple, a 9th-century Mahayana Buddhist temple, is the world’s largest Buddhist temple and one of the greatest Buddhist monuments in the world. The temple, which is still used for pilgrimage and forms one of the most popular tourist attractions of Indonesia, is listed as a UNESCO World Heritage Site.