One of the leading banks in Indonesia, Bank Rakyat Indonesia (BRI), opened its first branch in Singapore on Wednesday (29/07), located in the heart of the Lion City at OUE Bayfront, 50 Collyer Quay (near Marina Bay). Today, the new office of BRI was inaugurated by Indonesian Coordinating Minister for Economic Affairs Sofyan Djalil, and the opening ceremony was witnessed by Minister of State-Owned Enterprises Rini Soemarno, and Chairman of the Board of Commissioners of the Financial Services Authority (OJK) Muliaman D. Hadad.

Corporate Secretary of BRI, Budi Satria, said Singapore is a highly strategic country as it connects Asia with the western world (in terms of finance and banking) and therefore forms the right place for BRI to expand its business in Southeast Asia and beyond. BRI already operates working units in New York, the Cayman Islands, and Hong Kong.

The newly established BRI office in Singapore is envisioned to become the bank’s leading branch to accommodate business growth of its customers in Southeast Asia. The branch is equipped with services of international standard involving lending, accumulation of third-party funds, trade finance, wealth management, payment services, and treasury. 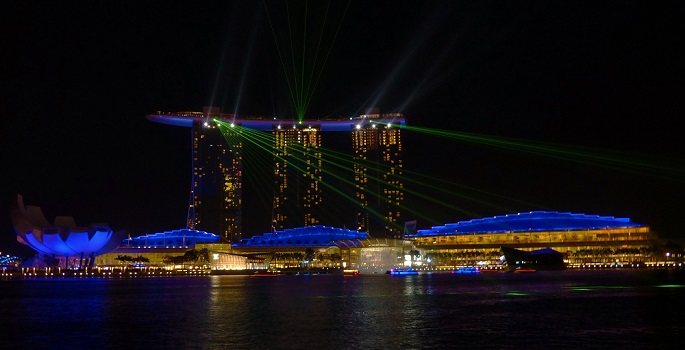 Examples of the potential business that can be managed by BRI’s Singapore branch are the performing of Singapore's trade finance transactions (which amounted to USD $43.2 billion in 2012 and showed a +20 percentage point growth pace over the last five years).

Regarding remittance (transfer of money to Indonesia by migrant workers abroad), Singapore holds great potential for Indonesia as about 135,000 Indonesian workers are currently being employed in Singapore.

By 14:50 pm local Jakarta time, BRI’s shares had risen 0.80 percent to 9,475 on today’s trading day. So far this year, the bank’s shares have tumbled 18.67 percent due to negative domestic and global factors.