Fast Food Indonesia, market leader in the fast food industry of Indonesia (and the country's sole franchise holder of the Kentucky Fried Chicken/KFC brand), plans to open up to 50 new KFC stores in 2018. Currently, the company owns 608 KFC outlets across the bigger cities of Indonesia.

Hendra Yuniarto, General Manager of Marketing at KFC Indonesia, said the company will focus on the expansion of its network in the smaller cities outside the island of Java.

Fast Food Indonesia targets to open so-called "stand alone" or "independent" KFC stores. This refers to an outlet that - in principle - has a drive-through and operates 24 hours per day. When a KFC outlet is opened in, for example, a mall then it is not possible to be open 24/7 and have a drive-through. Currently, 194 KFC outlets have a drive-through. However, not all independent stores can be open for 24 hours a day because this also depends on local regulations.

Fast Food Indonesia plans to invest between IDR 2 - 5 billion (approx. USD $260,000) in each new KFC outlet that is to be established in 2018. Meanwhile, the company will also invest in the renovation of its older existing outlets. The upgrade of these existing outlets, which will be done gradually, includes the installation of new technology and new concepts (for example self service). 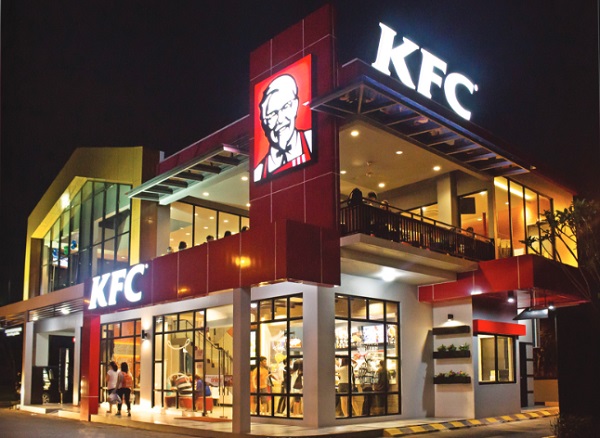 The company also wants to keep innovating the menu that is offered to its customers. Earlier this week KFC launched the salted egg chicken, which is part of the company's Taste of Asia series. Earlier, it had launched cho chicks and chizzy pizza.