Last week Indonesia's Statistics Agency (BPS) announced that a total of 1,039,639 foreigners entered Indonesia in January 2018, down 6.19 percent year-on-year (y/y) from foreign visitor arrivals in the same month one year earlier. Indonesian Tourism Minister Arief Yahya said the main reason for this weak performance is the aftermath of the Mount Agung eruption, a volcano that is located on Bali (the most popular tourist destination in Indonesia).

Particularly in November and December 2017 the flow of tourists to Bali was interrupted due to continuous volcanic activity at Mount Agung, including multiple eruptions. Tourism Minister Yahya said visitor numbers have still not recovered fully in the first month of 2018. Considering Bali accounts for around 40 percent of total foreign visitor arrivals in Indonesia, any disturbance to tourism in Bali is immediately felt by the whole nation. Moreover, it implies Indonesia misses out on much-needed foreign exchange earnings as foreign visitors is one of the key sources of the nation's foreign exchange earnings. It is estimated that each foreign tourist spends an average of USD $100 per day during his/her stay in Indonesia.

Based on the latest BPS data, foreign tourist arrivals at Bali's Ngurah Rai International Airport fell 24.29 percent (y/y) to 345,191 individuals in January 2018, from 455,930 foreign visitor arrivals in January 2017. However, compared to December 2017 visitor arrivals on Bali rose 11.55 percent (m/m). This is in stark contrast to all other international airports in Indonesia (with the exception of Juanda Airport in Surabaya). Usually foreign visitor arrivals decline in January from December as the (winter) holiday period starts in December and therefore boosts December tourist numbers. In January 2018, however, Bali and Juanda experienced a month-on-month increase in tourist arrivals due to reduced volcanic activity. 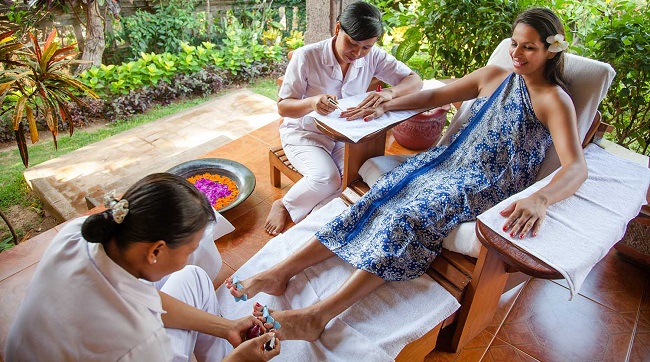 By developing ten priority tourist destinations the Indonesian government is eager to reduce its dependence on Bali as center for foreign tourists. It may create new Special Economic Zones (Kawasan Ekonomi Khusus, or KEK) to attract (foreign) investment in these priority tourist destinations (through a one-stop service it will become much easier to obtain all required permits). Such investment is particularly needed for the development of infrastructure and property (including tourist attractions) that is desired and needed by tourists.

It is, however, highly doubted whether the development of other tourist centers can undermine the dominant position of Bali in terms of tourist arrivals in Indonesia. For instance, many tourists come to Bali to see elements of the Hindu-Buddhist culture (including art, temples, dances, plays and more). Most other cultures in Indonesia fail to attract the interest of foreign tourists.

Meanwhile, infrastructure development is also key. Bali has a good road network, a big airport, and good Internet connection. It will take many years to build such infrastructure in other areas.