Although the Indonesian government is having difficulty to enhance infrastructure spending, a statement from Indonesia Investment Coordinating Board (BKPM) Chairman Franky Sibarani conveyed a more positive message. On Monday (20/07), Sibarani announced that since October 2014 the BKPM issued about IDR 335 trillion (approx. USD $25 billion) worth of investment licenses for infrastructure projects, triple the figure from the same period one year earlier, implying that President Joko Widodo’s promotional efforts have had success.

However, a higher figure of approved investment licenses by the BKPM does not automatically translate into improved infrastructure development in Indonesia. In recent history, there have been various examples of investors that were already given the necessary investment licenses but eventually cancelled their projects due to problems such as land acquisition or other legal disputes. 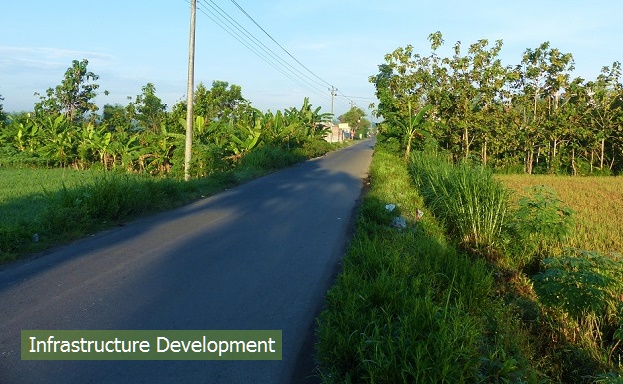 Firstly, he raised the amount of state funds allocated to infrastructure development. The government budget for infrastructure development was raised to IDR 290.3 trillion (approx. USD $22 billion) in the revised 2015 state budget after Widodo had drastically cut costly fuel subsidies in January 2015. However, the government has serious problems in spending these funds, partly the result of bureaucratic infighting and weak cooperation among ministries, other government agencies and local governments. Indonesian Finance Minister Bambang Brodjonegoro said last month that the government had only spent roughly 8 percent of its total infrastructure budget in the first six months of 2015, implying the presence of severe bottlenecks. Reportedly, nearly half of the ten projects that were given priority to by Widodo at the time of his inauguration are being plagued by long delays.

Secondly, Widodo targets to improve the country’s investment climate in order to make infrastructure investment more attractive to (foreign and domestic) investors. As Indonesia requires about USD $450 billion worth of infrastructure financing over the next five years, it is simply impossible to rely only on state funds or loans from multilateral institutions. In January 2015 Widodo launched the integrated one-stop service center (in Indonesian: Pelayanan Terpadu Satu Pintu, abbreviated PTSP) at the BKPM in an effort to simplify licensing procedures for investment projects. Widodo’s efforts seem to have had a positive effect given that the BKPM has issued significantly more investment licenses since Widodo's inauguration (partly the result of investors' confidence in Widodo's commitment to boost infrastructure development). However, as mentioned above, it is important to see groundbreaking for these project first before becoming overly enthusiastic.

The BKPM targets a 12 percent (y/y) investment growth (to IDR 519.5 trillion) in 2015, with the majority (roughly 60 percent) of funds originating from foreign investors (this target excludes investments in the country’s petroleum and banking sectors).

According to the World Investment Report 2015, released by the UN Conference on Trade and Development (Unctad), Indonesia recorded the strongest growth in foreign direct investment (FDI) in 2014 among all countries in Southeast Asia. Despite investors being hesitant to invest due to the legislative and presidential elections in 2014 (causing severe political and economic uncertainties) Indonesia saw a 20 percent (y/y) FDI growth to USD $23 billion in 2014.