Prima Cakrawala Abadi is a Semarang-based company (Central Java) that is engaged in the processing and distribution of seafood products. The company is particularly focused on crab products.

Through the IPO, Prima Cakrawala Abadi released nearly 466.7 million shares to the public, equivalent to 40 percent of the company's issued and paid up capital, at an offering price of IDR 150 per share. Hence it collected about IDR 72.33 billion (approx. USD $5.4 million) in fresh funds through the corporate move. Acting as underwriters for the IPO were Artha Sekuritas Indonesia and Lotus Andalan Sekuritas.

Prima Cakrawala Abadi plans to use these proceeds (after deducting costs related to the issuance of the new shares) for working capital (71.90 percent) and for corporate capital expenditure (28.10 percent). 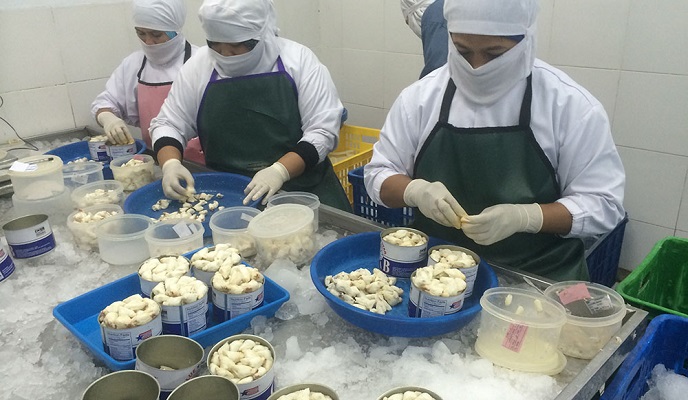 Raditya Wardhana, President Director of Prima Cakrawala Abadi, stated that the potential of crab products in Indonesia is quite large as Indonesia is an archipelago with a very long coastline.

The United States is an important market for Prima Cakrawala Abadi. The company's total exports of canned crab to the US reached 292.2 tons in the January-August 2017 period. Besides the US, the company also exports its products to the United Kingdom, Bahrain, Singapore, and Malaysia.

The company's production facility in Semarang has a capacity to produce 720,000 kilogram of pasteurized, fresh and frozen fish, shrimp and crab products each year. Its facilities in Indramayu (West Java) and Makassar (Sulawesi) can produce up to 540,000 kilogram, each, of seafood products per year.

IPOs on the Indonesia Stock Exchange up to 29 December 2017