Last month we stated that Indonesia’s central bank (Bank Indonesia) might just be at the start of a (prolonged) monetary tightening cycle. After all, higher interest rates is what we see happening across the world; a development that is led by the Federal Reserve (Fed) that has been aggressively raising its benchmark interest rate to fight inflation. This then causes capital outflows from most other parts of the world.

In particular emerging market economies are burdened by the capital outflows as it puts pressure on their currencies (making imports more expensive and thus adding to imported inflation, while foreign debt positions grow – for both public and private sectors – as more local currency is needed to repay US dollar-denominated debt) as well as putting pressures on the bond and stock markets in emerging economies.

By joining the monetary tightening cycle, central banks in emerging markets manage to safeguard an attractive spread with US rates (most notably the 10-year Treasury yields that recently surpassed 4.22 percent, which is roughly the highest level since 2007). This would then help to limit capital outflows from these emerging markets.

(1) A front-loaded, pre-emptive and forward-looking measure to lower Indonesia’s overshooting inflation expectations, and return the country’s core inflation to Bank Indonesia’s target range of 2.0–4.0 percent (y/y) by the first half of 2023; and

(2) Strengthen exchange rate stabilization in line with the fundamental value of the rupiah in response to broad-based US dollar strength, and elevated global financial market uncertainty amid strong and increasing domestic demand.

It is important to take a closer look at these two reasons. In the case of (1) there is something that we have pointed out on several occasions before. While interest rate increases are indeed effective to curtail demand in society, thereby encouraging a decline in overall price growth (and thus an effective tool to combat inflation), the situation the world is facing today is different than at other times. Today, the price pressures are caused by supply bottlenecks, and not so much by rising demand. This means that in the present context higher interest rates are largely ineffective to ease inflation, unless these rate increases are used to encourage a significant economic slowdown (or even a recession) that would then drag down demand so drastically that existing supply would be sufficient to meet demand.

Willingly triggering an economic recession (or – at least – a big decline in economic growth) in an effort to bring down inflation is a risky choice because it has a number of negative side-effects such as a rise in unemployment and poverty. Moreover, there is a chance that companies go bankrupt when significant economic shocks unfold (and these companies do not suddenly return when the troubles are over, triggering structural economic and social damage), whereas in a period of easing growth it is much easier for struggling companies to adapt and survive.

On the other hand, structurally high inflation too aggravates poverty. And so, central banks cannot do nothing in this situation. Undertaking no action at all – even though they seem quite powerless in the present situation – would only undermine central bankers’ credibility. 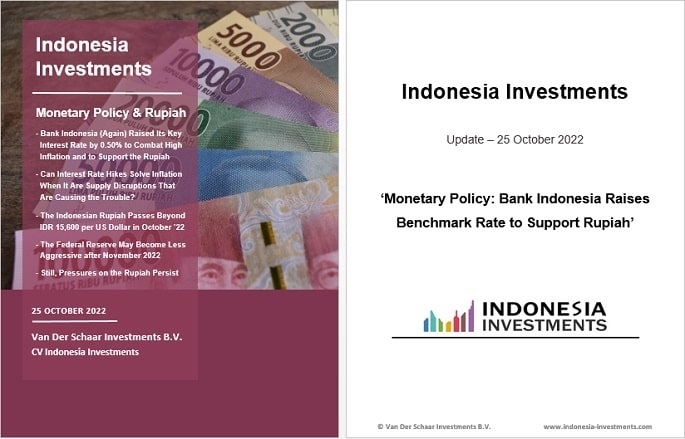