An annual peak in urbanization in Indonesia is one of the most interesting consequences of the Lebaran period. Ahead of Lebaran - a national holiday when Indonesian Muslims celebrate the end of the Ramadan month - around 20 million Indonesians (most of whom reside in the urban centers of Java) travel back to their places of origin to spend a couple of days with their (extended) families. It is a tradition that is locally known as mudik.

However, when they return to the cities after the holiday, they often bring a family member to the city (for example a brother, sister, or nephew, or - in other cases - a spouse). Although life in a city like Jakarta is tough, many migrants (from the rural areas) do succeed in finding a livelihood (which is lucrative compared to wages or limited employment opportunities in the rural areas) and therefore family members want to follow their example.

One example is Rusmiati from Cilacap (Central Java). Rusmiati has been working in Jakarta for more than a decade (after previously spending several years as a migrant worker - tenaga kerja Indonesia or TKI - in Malaysia). In Jakarta Rusmiati works as a cleaning lady (in both households and offices), while her husband is a Grab driver. They rent one floor in a simple house in West Jakarta which has two spacious rooms and one bathroom. One of these rooms they keep for themselves, but the other room is now occupied by three family members of Rusmiati (a younger sister, a younger brother and a niece), who - over the course of several years - have made the same move to Jakarta in search of a livelihood (Rusmiati's father is a farmer but has seen his income decline over the decade, particularly due to falling commodity prices in the post-2000 commodities boom).

The increasing amount of residents in urban centers is something that needs to be managed properly by local authorities because a rising population puts pressure on infrastructure, while it can also lead to social problems (for example due to rising unemployment as it is not certain whether newcomers can indeed find a job in the city).

• Urbanization in Indonesia: challenges & opportunities
• The impact of urbanization on national economic growth
• How conditions in the rural economy cause people to migrate to urban centers 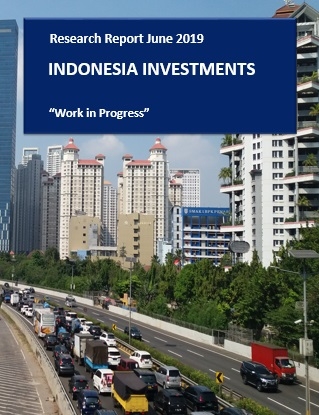