Based on the latest data from Indonesia's Statistics Agency (BPS), released on Monday (17/07), Indonesia's absolute poverty rose to 27.77 million people in March 2017 (from 27.76 million in September 2016). However, the country's relative poverty figure fell to 10.64 percent of the population in March 2017 (from 10.70 percent in September 2016). This seeming paradox - rising absolute poverty but falling relative poverty - is caused by Indonesia's growing population. The Indonesian population now numbers about 261 million people.

Suhariyanto, Head of BPS, commented on the latest poverty data saying it basically indicates that poverty reduction in Indonesia stagnated over the past six months despite the decline in relative poverty.

Although Indonesia's economic growth has been accelerating since last year, people's purchasing power has remained weak overall, implying accelerated economic growth only benefited a small portion of the population. Another factor that could explain stagnating poverty reduction is that Indonesia's poverty numbers showed steady declines since 1998 because most of Indonesians that rose out of poverty in this period were those who had been living just below the poverty line, meaning it took less effort to push them out of poverty. It is now the bottom base of Indonesia's poor people who need to be alleviated out of poverty. This is more complicated and thus results in slowing rates of poverty reduction. 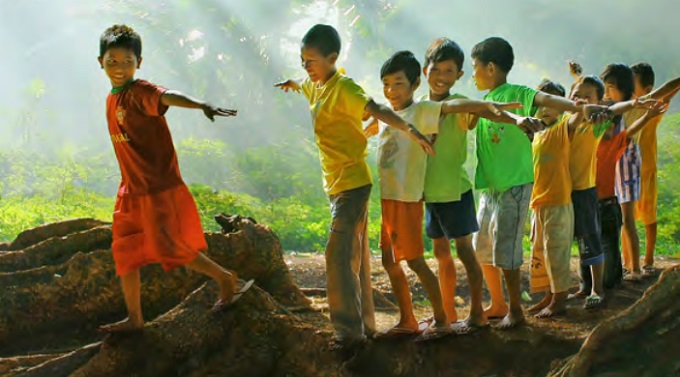 Another characteristic of poverty in Indonesia is that poverty in the rural areas is worse than in urban areas. The latest BPS data show that in March 2017 Indonesia's urban poverty rate was 7.72 percent (of the urban population), while the nation's rural poverty was much higher at 13.93 percent (of the rural population). Therefore, the key to poverty alleviation lies in the rural areas.