Despite the challenging conditions, Indonesian cement producer Cemindo Gemilang decided to offer 2.71 billion shares, equivalent to 15.0 percent of the company’s total shares, to the public through an initial public offering (IPO) on the Indonesia Stock Exchange (IDX). With the IPO price set at the range of 600-800 per share, the cement producer eyes to collect around IDR 1.89 trillion (approx. USD $133 million) through this corporate move.

Underwriters that were appointed for the IPO are Ciptadana Sekuritas Asia, Mandiri Sekuritas, and UBS Sekuritas Indonesia.

When we take a look at where the IPO funds will be used for, then it seems that the company’s IPO is quite ‘debt-driven’ with a significant portion of funds going to debt settlements. In its IPO prospectus, Cemindo Gemilang stated that around 58 percent of collected funds will be used for working capital (which includes a number of debt payments). Meanwhile, another 17 percent of the IPO proceeds are allocated to the repayment of a syndicated loan. A further 11 percent will be used to settle part of Cemindo Gemilang’s debt to Sinoma International Engineering Co. Ltd. and 6 percent to settle part of its debt to Sinoma Engineering Indonesia. Only the remaining eight percent will be used for capital expenditure.

And, indeed, the financial numbers seem to indicate that Cemindo Gemilang only has a debt service coverage ratio (DSCR) of 0.5 (times) in Q1-2021, which suggests that there is only enough net operating income to cover half of the company’s annual debt payments. This would explain why a significant portion of IPO proceeds will be used to settle debt obligations, hence improve the company’s fundamentals.

The full article is available in the August 2021 edition of our monthly report. report can be ordered by sending an email to info@indonesia-investments.com or a message to +62.882.9875.1125 (including WhatsApp). 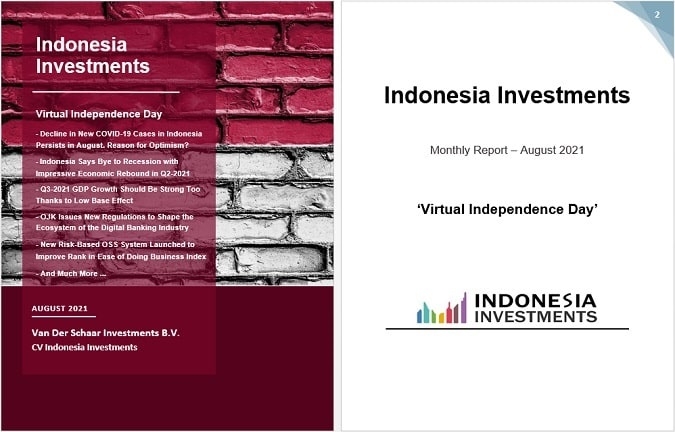