From 12 June to 6 September 2015, the Stedelijk Museum Amsterdam, a Dutch museum dedicated to modern and contemporary international art and design, exhibits the work of Indonesian art group Tromarama. Tromarama, formed in 2006 (in Bandung), consists of Febie Babyrose (1985), Herbert Hans (1984) and Ruddy Hatumena (1984), all graduated from the well-known Bandung Institute of Technology. Although the group experiments with different artistic approaches, animation remains their favourite means of expression.

The exhibition at Stedelijk Museum Amsterdam, which is the group’s first European solo exhibition, presents a selection of the group’s recent animations which address themes such as modernity, progress, animism, and the flow of digital images. Tromarama’s preference for stop motion animation is motivated by their curiosity about the relationship between the past & the present, the traditional & the contemporary, and analogue & digital technologies. The exhibition at the Stedelijk Museum features three animations that combine HD photos of animated objects, shoes, suitcases and a length of green fabric, with images of the urban Indonesian landscape. These animations are deliberately blended with imperfections in order to remind people that they are observing manipulated images.

Being among the younger generation of artists, influenced by the digital revolution that emerged in Indonesia in the early 2000s, Tromarama uses digital technology to express their artistic creativity. The group started working together during the production of a music video. Ever since, collaboration with other artists, especially musicians, have become part of their work. Ready-made objects from daily life are often the group’s tools to tell a story. Most of Tromarama’s art is based on video animation, sound and installation.

The Tromarama exhibition is part of Global Collaborations, a three-year project launched by the Stedelijk Museum in 2013 and which is made possible through the (financial) support of Ammodo and the Mondriaan Fund. The Global Collaborations project is based on collaborations with artists and curators whose art involves the effects of globalization on different geographic regions. 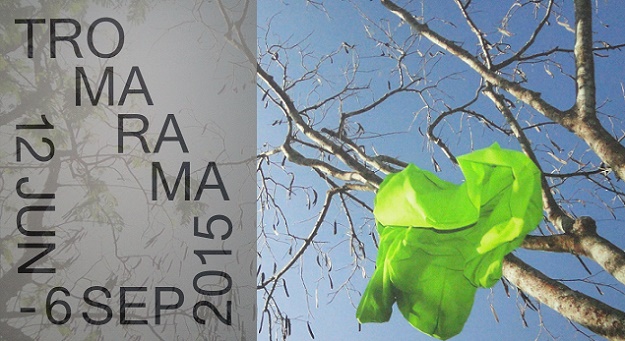