The World Wildlife Fund (WWF) unit in Indonesia said efforts to multiply Sumatran tiger populations (panthera tigris sumatrae) are constrained because those forest areas ("pockets of forest") that are the habitat of this endangered species has become increasingly small. Despite the challenges, Aditya Bayunanda, WWF Indonesia's Policy, Sustainability and Transformation Director, said the WWF continues to fight for the tiger. On Friday (28/07) WWF Indonesia launched the "double tiger" program (abbreviated as Tx2) in Jakarta.

According to Bayunanda, in theory, it is not too difficult to multiply the population of Sumatran tigers because - similar to ordinary house cats - these animals tend to breed easily and quickly. However, the major problem here is that the tigers' habitat is becoming increasingly small in Indonesia as people are constructing plantations, property, and infrastructure projects (thus using slash-and-burn methods to clear tropical rain forest, a strategy that also causes serious forest fires). Moreover, locals tend to hunt (and kill) tigers in an effort to protect villagers and/or their cattle.

Bayunanda added that there is a big role for the government in this issue. The central government should be more firm in determining which forest areas should be protected (without compromises) to safeguard the habitat of this endangered species. The habitat protection for Sumatran tigers must be strongly implemented because illegal logging, hunting and land conversion are still occurring.

The remaining forest pockets on the island of Sumatra must be properly guarded, especially because tigers tend to travel great distances in forests (they do not tend to stay at one area for long). When forests become smaller that would mean tigers and humans will increasingly come face-to-face, a battle that is sometimes won by the tiger but more often by humans who hunt down tigers with guns or by putting traps in the areas that separate villages and plantations from rain forest. 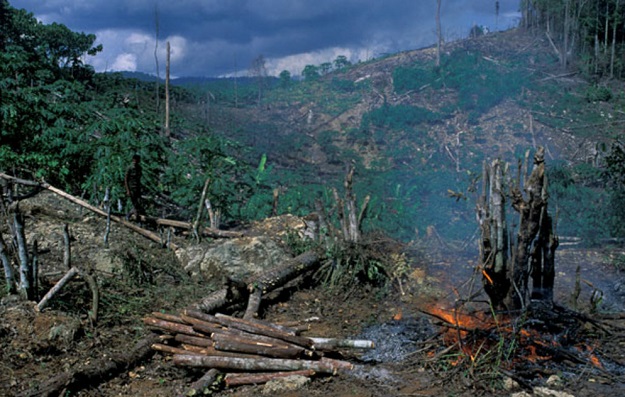 Tiger hunting (when hunters seek to sell the tiger's skin, bones and teeth) still exists too in Indonesia. The latest case occurred in the area of Bukit Tiga Puluh National Park. Although law enforcement has been strengthened, penalties (prison sentences) are still too light and will therefore have a limited deterrent effect.

"If indeed the Sumatran tiger is an icon of Indonesia, then shouldn't the perpetrators of this crime be punished heavier?" Bayunanda asked. "It should be dealt with in a serious manner because the tiger population on Sumatra is declining." Several years ago the tiger population was estimated at 400. However, it has fallen to 371 tigers now.

Based on WWF data the total number of tigers in 11 countries around the globe is estimated at 3,890 individuals. So far, only India and Nepal managed to raise their tiger populations. Meanwhile, in countries such as Indonesia, Malaysia, China, and Russia the tiger populations are falling.