Saturday 17 March 2018 is a public holiday in Indonesia. On this day the Hindu community of Indonesia, which mostly lives on the island of Bali, celebrates Nyepi i.e. the Day of Silence or the Hindu New Year in the Balinese Saka calendar. As Nyepi is a day of self-reflection for the Indonesian Hindu community, activities come to a near complete standstill from 6 am to 6 pm. Local rules instruct that Hindus are not allowed to light fires (or lamps), work, eat, talk, nor are they allowed to be engaged in any sort of other entertainment.

Thus, contrary to most westerners who have a tradition to celebrate New Year by making a lot of noise (fireworks) and partying (food and drinks), the Hindu community celebrates their New Year in absolute silence and soberness. For foreign tourists who are in Bali on this Day of Silence it can be an awkward experience as the island may feel like it is deserted: no human-made sounds (listening to music and watching television are also not allowed) and no people visible on the streets or the beaches. For one day, transportation from and to Bali will be impossible (including air transportation).

Interestingly enough, this year telecommunication operators switch off their networks on Bali as a sign of respect, hence there will be no mobile Internet services available on Bali today. This is the first year that the telecom companies indeed grant the request made to them by authorities. However, WiFi connection is still available at hotels, while services such as security, aviation, hospitals and disaster agencies will still be running.

Local Balinese watchmen, known as pecalang, act like police to monitor whether people abide the rules on Nyepi. Tourists also have to follow the local customs and are therefore not allowed outside the premises of the hotel (except for emergency situations). Despite this quietness or desertedness, it is advised for foreigners to experience the atmosphere of Nyepi on Bali at least once. Also because the days before and the day after Nyepi are full of interesting rituals and celebrations:

• Melasti Ritual (3-2 days before Nyepi); sacred statues and effigies of temples are taken to the river to be bathed in water. The sacred objects are carried to the river in long and colourful ceremonies.

• Tawur Kesanga (1 day before Nyepi); this is a sort of exorcism ceremony in which evil monsters, made of bamboo and known as ogoh-ogoh, are burned (after big parades and dancing on the streets) in order to kill evil spirits (a ceremony known as pengrupukan).

• Nyepi; the day of absolute silence.

• Ngembak Geni (1 day after Nyepi); on this day Hindu families and friends gather together to ask each other for forgiveness, and they perform certain religious rituals together involving ancient scripts, songs and lyrics). 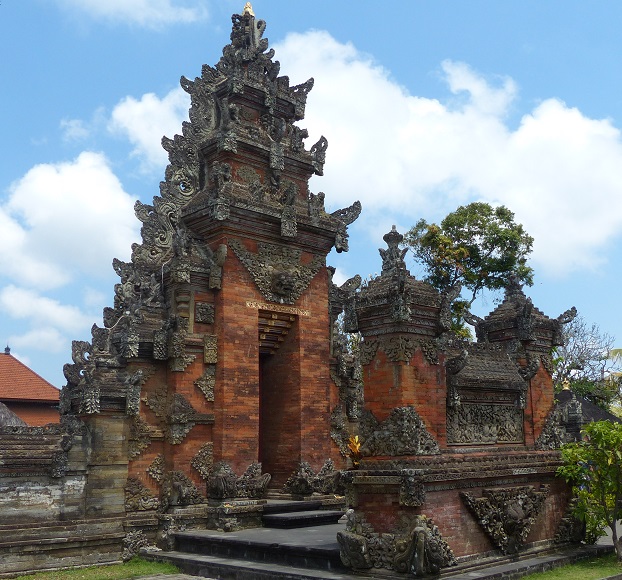 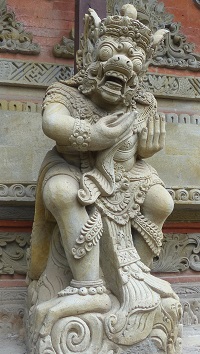