Indonesia’s Agriculture Ministry estimates that Indonesia’s rice harvest will not be severely affected by the El Niño weather phenomenon this year. The Ministry expects to see a rice production of at least 70 million tons of unmilled rice in 2014, just 1.9 percent down from the 71.3 million tons of rice that was produced last year. Meanwhile, Indonesia may see a record coffee harvest in 2015 as recent rainfall in the important coffee-producing regions have supported the development of cherries.

El Niño is a weather phenomenon that occurs once every five years on average. It involves periodical warm ocean water temperatures off the western coast of South America which can cause climatic changes across the Pacific Ocean. The impact of El Niño varies; sometimes prices of agricultural commodities rise steeply due to weak harvests brought on by few rainfall in Southeast Asia and Australia, while on other occasions the impact of El Niño is hardly felt at all.

Indonesia has been hit by a longer dry season than usual due to the impact of El Niño. However, the country’s standing rice crops are in a good condition and only suffered slightly. The Ministry stated that only 10,000 - of 130,000 hectares of total rice fields that were affected by the drought - failed to harvest, making state procurement agency Bulog (National Logistics Agency) decide to import 425,000 metric tons of rice from Vietnam and Thailand to safeguard the country’s rice reserves. 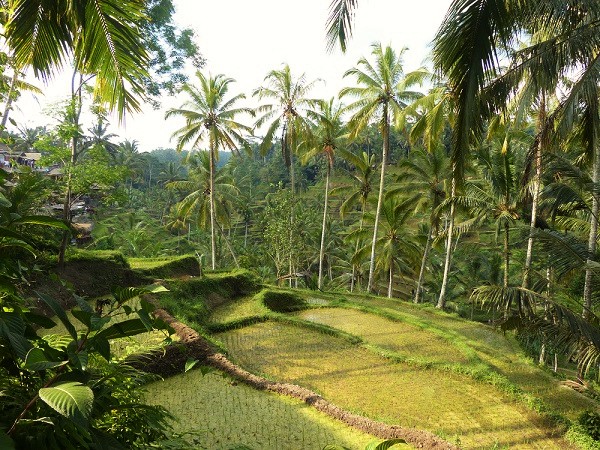 After a longer-than-usual dry season, reports about plenty of rainfall in Indonesia’s main coffee-producing regions (Sumatra and Sulawesi) have caused expectation that the country’s coffee harvest in 2015 may constitute a record crop. Mochtar Luthfie, head of research and development at the Lampung chapter of the Association of Indonesian Coffee Exporters and Industry, said - quoted by Bloomberg - that “most trees in Lampung have started to produce cherries. With no extreme weather through November, output will most probably be higher.”

Indonesian coffee production may grow 8 percent to 650,000 metric tons in next year’s harvest season, higher than the all-time record of 630,000 tons in the 2009-2010 and 2012-2013 harvest seasons. Vietnam, the world’s top Robusta bean grower (and where picking starts this month), may see a near-record crop as well (1.69 million tons from the record 1.71 million tons produced in the preceding coffee season).

This year coffee futures have surged due to severe drought in Brazil, the world’s most important coffee producer (particularly Arabica beans). The price of Arabica beans almost doubled to USD $2.16 per pound in New York.

In September 2014, Volcafe - the Switzerland-based subsidiary of ED&F Man - estimated that the global shortfall in Robusta beans will reach 1.9 million bags in the 12 months starting from October. The world market, which includes Arabica and Robusta beans, will see a shortfall of 8.8 million bags, the most in nine years, from a surplus of 7 million bags a year earlier.