Indonesia may file a complaint at the World Trade Organization (WTO) over Vietnam's recent decision to tighten regulations related to car imports. Through Decree No. 116/2017/ND-CP on Overseas Vehicle Type Approval (VTA) (which has been in effect since 1 January 2018), Vietnam requires car exporters to obtain VTA certification first (from authorities in the exporting nation) before being allowed to export cars into Vietnam. This VTA details incoming vehicles' quality, safety and environmental protection.

Therefore, Indonesia regards the new Vietnamese regulation as an example of a non-tariff barrier that undermines the goals of the ASEAN free trade area (AFTA). The new regulation is also part of an effort by Vietnamese authorities to boost the development of Vietnam's domestic automotive industry (where the Vingroup is eager to develop the country's first national car).

In late February an Indonesian delegation - consisting of officials from the Ministry of Trade, Ministry of Transportation, Ministry of Industry, Ministry of Foreign Affairs, and the Indonesian Automotive Industry Association (Gaikindo) - visited Vietnam in an attempt to persuade Vietnam authorities to discontinue the new regulation. However, Vietnam said it would not withdraw the regulation. 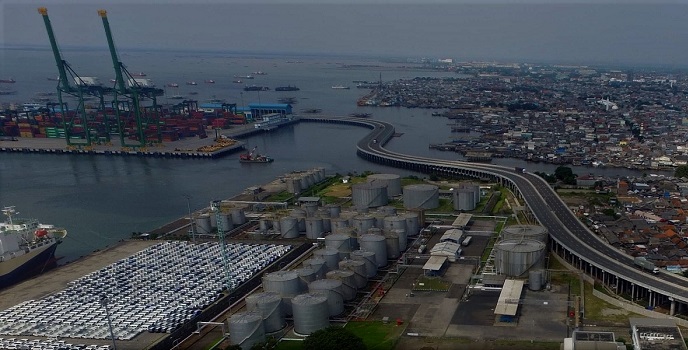 Since the implementation of the regulation on 1 January 2018 shipments of Indonesian completely built up (CBU) units to Vietnam have ceased completely. Part of the problem is that Indonesian authorities only issue a VTA for the domestic market (based on domestic road conditions), not for export markets. A bigger problem is that the new regulation orders all car units that are shipped to Vietnam to undergo a safety and emissions check (prior to the implementation of the new regulation only the first shipment was required to undergo such tests).

In full-year 2017 Indonesia exported a total of 15,101 CBU units to Vietnam (the majority being Toyota and Daihatsu units). This made Indonesia the third-largest car exporter to Vietnam (with a market share of around 13 percent). Oke Nurwan, Foreign Trade Director at Indonesia's Trade Ministry, stated earlier that the new regulation would lead to missed income for Indonesia of around USD $85 million in the December 2017 - March 2018 period.

Last week, however, it was reported that Toyota Motor Manufacturing Indonesia obtained a VTA and can therefore resume shipments of car units to Vietnam (after months of zero exports). The company plans to export its Fortuner model, a sport utility vehicle, to Vietnam soon. This example shows that it is not impossible for Indonesian authorities to issue a VTA for a local exporter.