Despite the ongoing challenges (that mainly originate from abroad), there is reason to be optimistic about Indonesia’s economic growth in 2022 as the COVID-19 threat has eased.

In fact, one can certainly argue that the COVID-19 pandemic has stopped since Omicron became the dominant variant. Omicron is highly contagious but much milder than earlier COVID-19 variants, hence allows widespread natural immunity in society without causing pressures on hospitals (in the form of seriously ill people or fatalities). 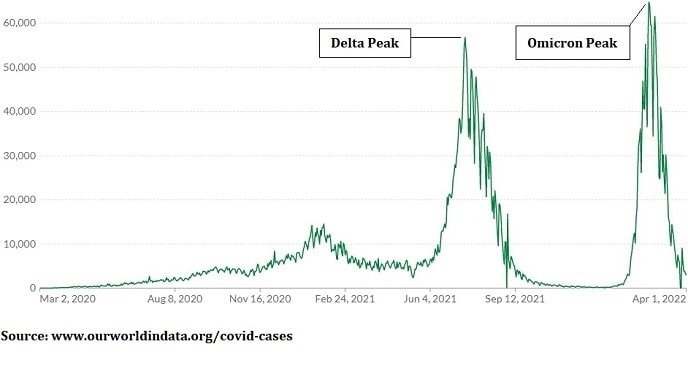 One may remember – when taking a look at the chart above – that the Delta wave and Omicron wave started right after festive periods in Indonesia when Indonesians typically travel. The Delta wave started in June 2021 (and peaked in mid-July 2021) shortly after that year’s mudik, while the big Omicron wave started in early January 2022 (before peaking in mid-February 2022), which is shortly after Christmas-New Year celebrations. While in both cases the government tried to prevent (excessive) traveling, considerable movement did take place, and is likely to have contributed to the forming of the wave (perhaps even being the key factor behind these waves).

And so, this year’s Ramadan and Idul Fitri will be an interesting test case. As people gather and travel in the context of these festivities, it becomes easier for any virus to spread (unless herd immunity has been established).

With this context in mind, the Indonesian government announced that a booster (in addition to two COVID-19 vaccine shots) is mandatory to be allowed to perform the mudik in 2022. Considering for many people the two vaccine shots were injected more than four months ago, vaccine-induced immunity has certainly waned to the extent that it offers little – or no – protection against Omicron. That is probably why the government set the booster requirement for this year’s mudik.

Interestingly enough, since early March 2022 the requirement to show a negative PCR or antigen test result for domestic travellers was abolished, thereby making it much easier to travel around the country. Based on statements from government officials in Indonesian media, testing will not be re-introduced in the context of the mudik. This actually suggests that the central government is not too concerned over the possible spread of Omicron during this year’s mudik as it should now be widely known now that vaccination only reduces chances for the spread of the virus, but it does not stop the virus from spreading. Testing – although certainly not perfect due to false positives – is a much more accurate and efficient measure to stop the spread. 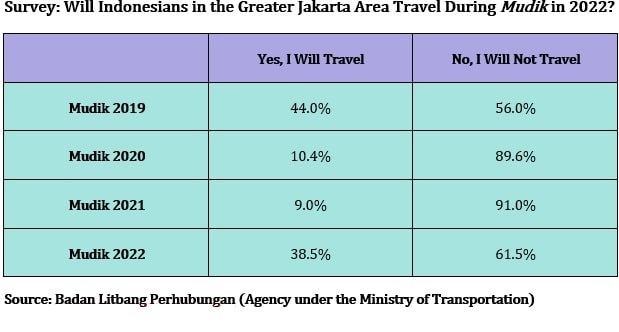 Fortunately, though, we have now reached a point where measures have essentially become pointless. In various mainstream media there surface reports that Omicron is now even less fatal than ordinary flu. So, while we do not rule out seeing a mild rebound in the number of positive COVID-19 cases after this year’s mudik (which may actually not be known because the number of tests being carried out has been declining rapidly in Indonesia), this should not lead to noticeable pressures on the country’s hospitals. In our opinion, the mudik will simply lead to the strengthening of natural infection-induced herd immunity in Indonesia.

This is the beginning of the article. Read the full article in our March 2022 report. This report can be ordered by sending an email to info@indonesia-investments.com or a message to +62.882.9875.1125 (including WhatsApp). 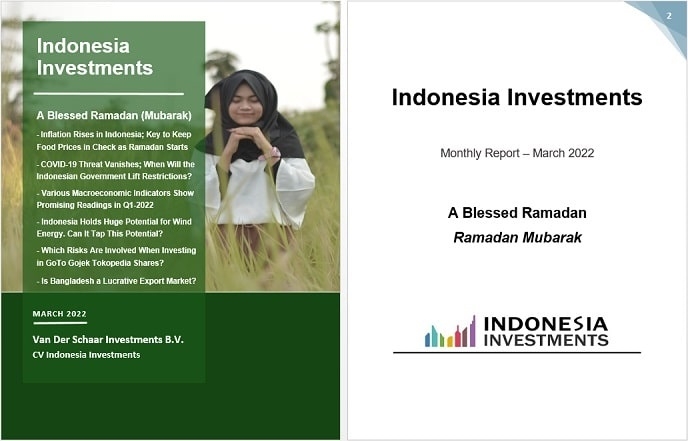