In its latest report, the World Bank stated that Indonesia's macroeconomic fundamentals are solid and have been strengthening amid the central government's eagerness to implement critical structural reforms, while investment growth rose to the highest levels since the last quarter of 2015 (mainly investment in buildings and structures).

Still, despite this positive picture, the Washington-based institution cut its growth outlook for Southeast Asia's largest economy to 5.1 percent year-on-year (y/y) in 2017 (from its earlier 5.2 percent forecast) due to unexpected bleak private consumption (which traditionally accounts for slightly over half of Indonesia's total gross domestic product (GDP). Moreover, the World Bank kept its outlook for Indonesia's 2018 GDP growth at 5.3 percent (y/y).

Bleak household consumption in Indonesia is odd considering it is in contrast to several favorable drivers, such as strong job growth, double-digit wage increases, a stable rupiah, strong consumer confidence, and the shifting of the Idul Fitri festivities to the second quarter of 2017. The World Bank stated that it is puzzled about why private consumption remained subdued, adding that "[it] requires further data and analysis [to find answers]". However, one possibility could be that the Indonesian economy is adjusting to recent reforms, while growth dividends come with a lag. 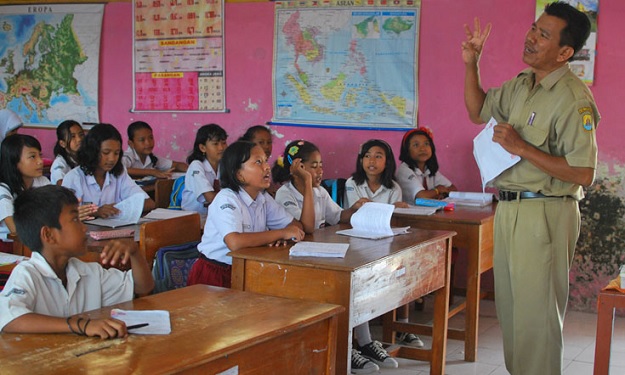 The World Bank is positive about fiscal and monetary policies that were implemented in response to growth concerns. Firstly, Indonesia's 2017 Revised State Budget sets out a higher fiscal deficit of 2.9 percent of GDP, up from 2.4 percent in the original 2017 Budget, mainly due to an increase in expenditure (revenues were also revised downward). Secondly, Indonesia's central bank (Bank Indonesia) embarked on a new easing cycle, cutting interest rates by a total of 50 basis points in August and September (this move was possible due to low inflation, an under-control current account deficit and a stable rupiah). The central bank's lower key interest rate should support GDP growth.

The World Bank also emphasized that it is critical to maintain reform momentum as gaps in physical and human capital, and institutional quality, are still significant. It specifically points at infrastructure development as years of underinvestment in infrastructure have led to a large infrastructure deficit, constraining Indonesia's growth and limiting the pace of poverty reduction. Alleviating these shortfalls are vital and require steadfast commitment to reforms and ensuring their implementation on the ground. If the reform momentum fades, then potential growth could slow and weigh on the outlook.

To boost private sector involvement in infrastructure development projects, the World Bank advises Indonesia to improve: (1) the complex legal and regulatory environment for public-private partnerships, (2) the project planning, appraisal and selection processes, (3) transparency and efficiency of state owned enterprises that dominate the infrastructure sector, and (4) the depth of local banking and capital markets.