Coal exports from Indonesia are expected to decline in the remainder of 2014 as the Indonesian government implemented a new licensing system for domestic coal miners - the ‘Listed Exporter’ status (Indonesian: Eksportir Terdaftar, ET) - per 1 October 2014 in an effort to optimize monitoring of the coal mining industry (illegal coal shipments from Indonesia form a structural problem). This new legal framework has led to confusion among miners causing that not all miners have been able to obtain the necessary status to resume coal shipments. 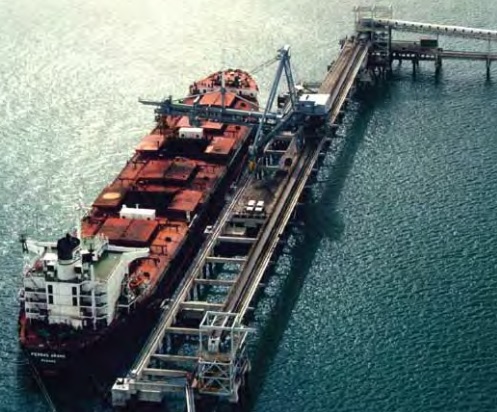 Apart from the ET status, there are more bureaucratic bottlenecks that hurt investments in Indonesia’s coal mining sector. Last week, Indonesia’s Energy and Mineral Resources Ministry’s Directorate General for Mineral and Coal announced plans to simplify the current complicated licensing procedures in Indonesia’s mining sector in a bid to boost investments. At present, an Indonesian mining company needs to obtain 101 types of permits. The ministry now aims to reduce this figure to 71 in order to make the sector more efficient. Depending on the approval of Sudirman Said, the newly inaugurated Energy and Mineral Resources Minister, this simplification plan may be introduced in 2015. Bob Kamandanu, Chairman of the Indonesian Coal Mining Association (APBI), welcomed the plan of the Ministry, provided that the new licensing system upholds good mining principles. Kamandanu added that the government should also improve supervision in the mining industry in order to force miners to provide correct data to the government (for example correct coal production volumes) as it is currently estimated that per year about 50 million tons of coal are exported illegally, meaning that the government misses out on hundreds of millions of dollars in royalties.

However, despite aiming to make the coal mining sector more attractive for investments, the government also intends to curb the sector’s rapid production growth in a bid to safeguard future coal supplies to fuel domestic power plants. The government wants to see domestic coal production capped at around 450 million metric tons per year for the coming decade. Amid robust economic growth (although having slowed in recent years) as well as population growth, demand for electricity rises rapidly too (by about 9.4 percent a year). It is estimated that there are currently about 60 million Indonesians who are not connected to the country’s electricity grid. With only having 54.5 gigawatts (GW) of installed capacity, Indonesia is in immedate need to enhance power generation. Coal will play a particularly important role in power generation as Indonesia contains abundant reserves of this fossil fuel (it is estimated to contain about 30 billion metric tons of coal reserves, enough for decades to come), while the government also wants to wind down its reliance on expensive diesel as a power resource. As such, coal is going to be the most vital fuel in the country’s energy mix for the foreseeable future and thus future coal supplies need to be protected by curbing current growth rates of coal production and export. State-owned utilities company Perusahaan Listrik Negara (PLN) expects that Indonesia’s coal demand for power generation will increase from 73 million tons this year to 151 million in 2022.

• Amid economic growth and population growth, demand for electricity is rising rapidly in Indonesia

• Illegal coal shipments from Indonesia have been a structural problem