Data from Indonesia's Financial Services Authority (OJK) show that the non-performing loan (NPL) ratio in the banking sector has risen for the shophouse segment. Shophouses (in Indonesian: ruko, short for rumah toko) are very popular in Indonesia. Usually, the bottom floor is used for an office or shop (or small restaurant), while the higher floors can be used for storage or residence.

Often the small and medium-sized entrepreneurs use shophouse ownership credit (in Indonesian: kredit kepemilikan ruko) from a financial institution to finance the purchase of a shophouse.

The rising NPL ratio for shophouse ownership credit can be regarded an indicator that the Indonesian economy is indeed still experiencing a bleak period - despite accelerated macroeconomic growth in 2016 - because it is assumed that shop-owners are having difficulty fulfilling their obligations to banks as sales have weakened. 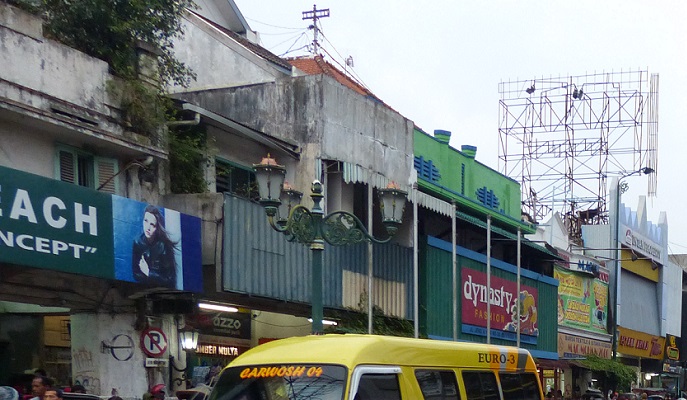 Recently it has been often mentioned in local media and analysts' reports that Indonesian households are still hesitant to spend due to uncertain political and economic conditions. Considering household consumption accounts for about 55-60 percent of Indonesia's total gross domestic product (GDP), slowing growth of household consumption is immediately felt throughout the economy. This could be a reason why Indonesian shophouse owners have difficulty to repay their mortgage as agreed.

However, there could also be another factor at play here. Indonesia's e-commerce business has been developing rapidly on the back of rising Internet and smartphone penetration in recent years. Therefore, there is less need for physical stores.

Aslan Lubis, Executive Analyst for Supervisory Development and Crisis Management at the OJK, said the NPL ratio for shophouse credit is the highest among the consumption sector.