Hariyadi Sukamdani, Chairman of the Indonesian Employers Association (Apindo), said investors continue to complain about the difficulty of obtaining all necessary investment permits in the regions of Indonesia even though, generally, there has been an improvement in the degree of bureaucracy under the Joko Widodo administration.

Obtaining basic permits and licenses, for example to establish a company, has become relatively easy. However, Sukamdani says it remains complicated and time-consuming to obtain certain specific permits as these permits need approval from various government departments (particularly when it involves investment outside the industrial areas). For example, a building permit (Izin Mendirikan Bangunan, IMB) or the environmental impact analysis (Analisis Mengenai Dampak Lingkungan, or AMDAL) remain difficult to obtain.

Adhi Lukman, General Chairman of the Indonesian Food and Beverage Association (GAPMMI), detected the same. When it involves arranging permits that concern more technical matters, then it can still require a long time. However, he added that it, generally, has become easier for the country's micro, small and medium-sized entrepreneurs to obtain basic permits. However, this is not the case in all regions across the Archipelago. 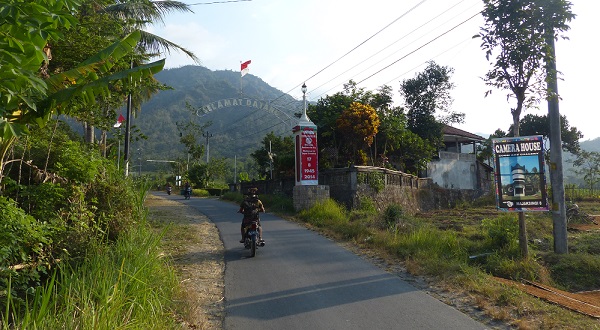 While the Indonesian government released its 12th economic policy package in April 2016, Lukman believes few local governments have been committed to the central government's package. The 12th package focuses on enhancing the ease of doing business for the small and mid-sized companies in Indonesia in a bid to attract more investment, hence giving a boost to economic growth. The package cuts a number of procedures and permits, as well as costs, required for the development of a business. However, various local governments ignore the calls from the center.

Robert Endi Jaweng, Executive Director of the Regional Autonomy Watch (KPPOD), explains that the main problem is that the policy packages come in the form of government and ministerial regulations, which are different from the law (that has to be approved by the House of Representatives, DPR). The central government designed these regulations in order to sidestep the House (as it could take years of deliberation to change laws, while Widodo wants to see fast deregulation). But it also means that central authorities have limited room to intervene or punish the behavior of the local governments because they are not breaking the law as approved by the House.

He added that one the biggest problems is that there are many overlapping regulations between the center and the local authorities. If this is not orderly dealt with, then Indonesia cannot achieve its target of becoming number 40 in the World Bank's Ease of Doing Business Ranking. In the 2017 edition Indonesia was ranked 91st, an improvement from 106th in the preceding edition.