Tourism is a vital part of the Indonesian economy. We can illustrate this by taking a look at Indonesia’s biggest foreign exchange earners (referring to those sectors that attract most foreign currency).

Between the years 2010 and 2015 the tourism sector ranked fourth or fifth in terms of the biggest sources of foreign exchange earnings. In those years it were (1) oil and gas, (2) coal, (3) palm oil, (4) processed rubber – which are all natural resources – and (5) tourism that brought most foreign currency (mostly US dollars) into Southeast Asia’s largest economy (and starting from 2013 tourism would surpass processed rubber, hence taking fourth position).

By 2018 the tourism sector had turned into the second-biggest foreign exchange earner (after palm oil) for the Indonesian economy, collecting USD $19.29 billion according to information from Indonesia’s Tourism and Creative Economy Ministry. Unfortunately, the rise of tourism stopped there as 2018 was the last year in which Indonesia did not feel the impact of the COVID-19 crisis (because in the last quarter of 2019 the pandemic started in China causing a decline in foreign tourist arrivals from China).

Another way to see the growing importance of the tourism sector toward the overall economy is by taking a look at its contribution to Indonesia’s gross domestic product (GDP). The table below shows that the tourism sector accounted for 4.1 percent of GDP in 2017 but saw its role expanding to 4.7 percent in 2019. After 2019, however, we see a significant decline in the tourism sector’s contribution to GDP. This makes perfect sense given the unprecedented drop in foreign visitor arrivals amid massive social and business restrictions as well as alarming news reports in the mainstream media (making people too afraid to travel). 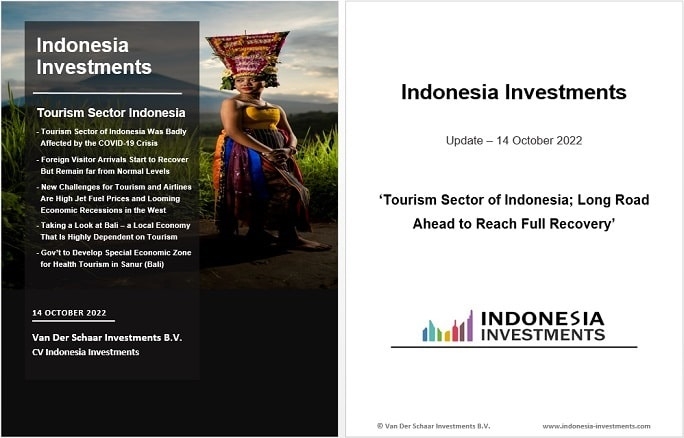