Although Minister Said added that there is the possibility that Total will remain involved in the Mahakam block, the majority stake in the project would definitely go to Pertamina (currently Total and Inpex each own a 50 percent stake in the block).

The Mahakam block, which has been operated by oil & gas giant Total S.A. through subsidiary Total E&P Indonesia since 1967, is the primary source of gas for Indonesia’s Bontang liquefied natural gas (LNG) plant in East Kalimantan. According to data from the Indonesian Resources Studies (IRESS) the Mahakam block presently still contains ample oil and gas reserves. Late last year, Marwan Batubara (analyst at the IRESS) estimated that the block contains 50 million barrels of oil and 2 to 10 trillion cubic feet (TCF) of gas. 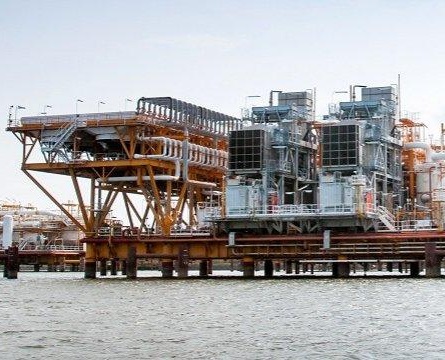 Although resource nationalist sentiment has risen in recent years, the government was initially hesitant to hand the Mahakam block over to Pertamina as doubts about the state firm’s technical and financial capabilities surfaced. Indonesia cannot afford to see shrinking gas output as the country is already at risk of becoming a structural net gas importer (despite containing abundant natural gas reserves) in the near future. Therefore, it is expected that the government will ask Total to stay involved in the project through a minority stake.

The Mahakam block, Indonesia’s single-largest source of natural gas, had a production level of about 1.76 billion cubic feet per day (bcfd) in 2014 and this is expected to fall slightly to 1.70 bcfd this year. Pertamina previously stated that it will invest up to USD $2 billion per year in the Mahakam block if the government would decide to give Pertamina the majority stake. The company targets to achieve gas output at the block of 1.2 bcfd to 1.5 bcfd.

The higher degree of resource nationalism in Indonesia is reflected by the new 2009 mining law. This law mandates higher royalty payments, contains local content requirements and new divestment rules. It also includes the controversial mineral ore export ban which has had a great impact on the mining sector.

• After Oil Will Indonesia Become a Net Importer of Gas Too?