Berlin-based Transparency International released the 2014 edition of its Corruption Perceptions Index (CPI) earlier this week. In the new edition Indonesia was ranked 107th (out a total of 175 countries), up from 114th in the previous edition. As such, Indonesia continues to improve gradually through the ranks of the index. However, with a score of 34 (out of a possible - and perfect - score of 100) the country still lags behind its regional peers such as Singapore (84), Malaysia (52) and the Philippines (38).

Transparency International said that the improvement of Indonesia’s score is due to the efforts of the government, civil society and business community to eradicate corruption in Southeast Asia’s largest economy. However, Transparency International also emphasizes that the country still has a lot of work to be done to curb corruption, particularly political corruption. As political corruption is regarded as limiting access to welfare for all Indonesians the country is advised to “adopt radical anti-corruption measures” as the relatively poor score of Indonesia in the index signals weak or ineffective leadership to combat corruption, subsequently posing a risk for economic and social development as well as political stability of its (fragile) democracy. 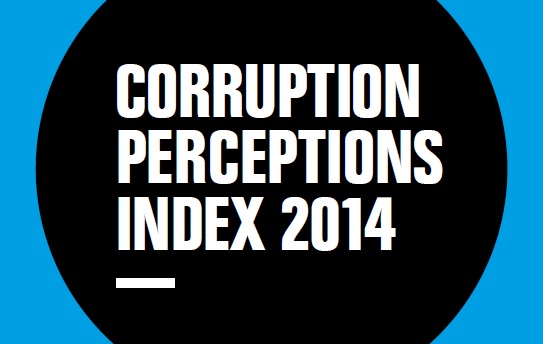 Political corruption is a major problem in Indonesia where corruption cases fill the pages of local newspapers almost on a daily basis. It is a good sign, however, that Indonesia’s media are free to cover such stories thus resulting in public scrutiny. Furthermore, government agency Corruption Eradication Commission (Komisi Pemberantasan Korupsi, abbreviated KPK), which was established in 2003, received extensive powers to combat political corruption by investigating and prosecuting those that are engaged in graft and corrupt practices. Although the KPK is a government-financed institution (and thus may be regarded as biased), it has not refrained from prosecuting various high- positioned politicians in recent years.

There exists widespread public awareness in Indonesia that corruption blocks the country from realizing its economic potential and causes severe injustice in society as a small group of people benefits disproportionally from the corrupt society at the expense of the people. Therefore, it is important for aspiring politicians to have a clean record and promise to tackle political corruption (being anti-corruption has become a vital vote-gainer in times of elections).