The consortium that develops the Sarulla geothermal project consists of subsidiaries of Medco Power Indonesia (37.5 percent), Itochu Corporation (25 percent), Kyushu Electric Power Company (25 percent), and Ormat International (12.5 percent). By acquiring a 49 percent in a unit of Medco Power Indonesia, Inpex Corp now participates in the project (the acquisition was conducted by Inpex Corp’s subsidiary Inpex Geothermal Sarulla Ltd). The operating company for the project that has been established by the subsidiaries engaged in the consortium is called Sarulla Operations Ltd

The construction of the USD $1.6 billion Sarulla geothermal plant in Indonesia is an important step to enhance the importance of renewable energy sources within the country’s energy mix, to tap the country’s enormous geothermal power potential, and to meet rising energy demand in the largest economy of Southeast Asia. Reportedly, the Sarulla project will have a total net guaranteed delivery capacity of around 330 MW for a period of 30 years (equivalent to the yearly consumption of 700,000 Japanese households). Generated power will be sold to fully state-owned electricity firm Perusahaan Listrik Negara (PLN). Although some commercial operations may already start in 2016, the Sarulla geothermal plant is scheduled to be fully operational by 2018. 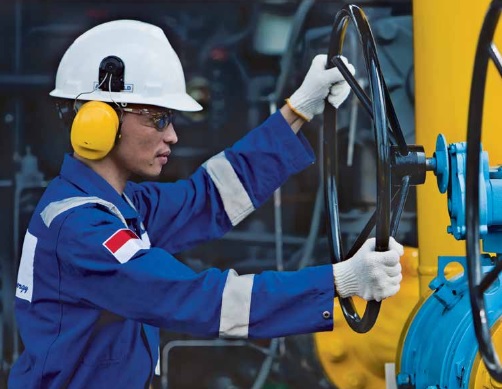 The Sarulla geothermal project is aligned to the second 10,000 MW fast track power development program designed by the Indonesian government in 2010 in a bid to secure electricity supply for the people of Indonesia.

Inpex Corp is not new to Indonesia. The company already owns a 50 percent participating interest in the Offshore Mahakam Block, the largest gas production site in Indonesia.

Geothermal energy is a relatively environment friendly energy source that is derived from the earth's inner heat. With about 40 percent of the world’s geothermal reserves being located below the surface of Indonesia, Indonesia is estimated to contain the world's largest geothermal energy reserves and therefore contains huge potential for this renewable energy. However, this potential remains largely untapped. Today, Indonesia only uses four to five percent of its geothermal capacity.