Asian markets performed well today on an upbeat US jobs report. Indonesia's benchmark Jakarta Composite Index hit a 13-month high at 5,069.02 points after strengthening 1.97 percent on Monday (11/07), led by financials and consumer staples. In June the US economy added 287,000 jobs, beating forecasts and signalling that the US economy remains reasonably healthy. However, another Fed Funds Rate hike is still believed to be off the table and therefore investors started the week with strong appetite for riskier assets.

Market participants are also eagerly awaiting for the Bank of England meeting, scheduled for Thursday (14/07). After the negative impact of the Brexit vote, the Bank of England may decide to cut its key interest rate. Generally, investors expect to see monetary easing in the United Kingdom in an effort to boost the local economy.

Around the globe, bonds have seen huge inflows recently - pushing yields down - as these assets are generally a safer investment option (compared to stocks). However, these low bond yields now also form an encouragement to invest in stocks (although ongoing uncertainties about the economies of Europe, USA and Japan continue to boost appetite for bonds). Besides the rally in Asia, stocks in Europe and the USA are rising as well (the US S&P 500 setting an all-time record intraday high). Electoral success for Japan's Prime Minister Shinzo Abe causes rising expectation of more stimulus measures in the world's third-largest economy.

Meanwhile - back to Indonesia - Agus Martowardojo, Governor of Bank Indonesia, said the nation saw the inflow of IDR 97 trillion (approx. USD $7.4 billion) worth of foreign funds from the start of the year up to 24 June 2016, up 70 percent (y/y) from the IDR 57 trillion that entered Indonesia during the same period one year earlier. Given that Indonesian parliament approved the tax amnesty bill in June, Martowardojo expects to see further rising capital inflows in the months ahead. This development will also strengthen the Indonesian rupiah as demand for rupiah rises. However, the central bank of Indonesia is expected to prevent the rupiah from strengthening too strong in order to maintain competitive export products, particularly manufacturing exports.

Those focused on Indonesia will also be interested to learn the nation's new trade data (covering June's imports and exports). These data are expected to be released on Friday (15/07) by Statistics Indonesia. 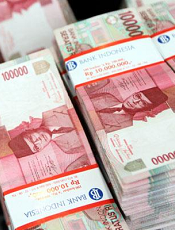