After plenty of public outcry over the past month, the Garuda Indonesia Group decided to cut prices of air tickets by 20 percent for all domestic flight routes. Starting per Thursday (14.02.2019), air passengers can enjoy lower ticket prices when flying Garuda Indonesia, Citilink Indonesia, Sriwijaya Air, and NAM Air.

I Gusti Ngurah Askhara Danadiputra, President Director of Garuda Indonesia, confirmed on Wednesday evening (13.02.2019) that prices of all domestic routes would be cut by 20 percent the following day. He emphasized that it is not a discount nor a temporary promo offer.

His statement came several hours after Indonesian President Joko Widodo had organized a meeting to discuss public outcry related to the high air ticket prices in Indonesia. During the meeting Widodo ordered the Garuda Indonesia Group to cut its prices (the central government owns a 60.5 percent stake in Garuda Indonesia) to make flying more accessible to the people.

Normally, prices of airplane tickets rise ahead of the year-end as more people travel during the Christmas and New Year holiday period. Bu what was unusual in January 2019 was that prices did not ease. This year, air ticket prices remained high and caused public outcry among the Indonesian population. In fact, Indonesia’s Business Competition Supervisory Commission (KPPU) even announced in mid-January 2019 that it had been investigating a number of local airlines related to “alleged cartel practices in determining flight fares”. 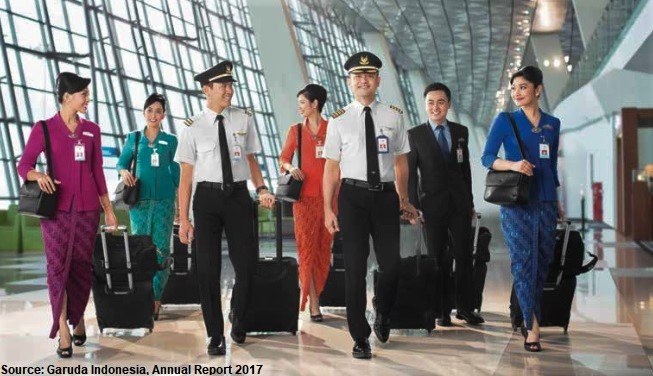 This situation is primarily caused by two factors: (1) a lack of airlines serving certain domestic routes, especially outside the island of Java, and (2) some foreign airlines can count on financial incentives from their governments and therefore can offer lower ticket prices (hence they are less affected by increases in prices of aviation fuel).

After the Garuda Indonesia Group acquired operational control of the Sriwijaya Group (which consists of Sriwijaya Air and NAM Air) in November 2018 there has been rising concern about oligopoly in the aviation market of Indonesia as there are now two big players that dominate the market: (1) the Garuda Indonesia Group (Garuda Indonesia, Citilink, Sriwijaya Air and NAM Air) and (2) the Lion Air Group (Lion Air, Batik Air and Wings Air). When there exists an oligopoly it becomes easier for the market leaders to manipulate fares, even though this kind of practice violates Indonesian Law No. 5/1999 on the Prohibition of Monopoly and Unhealthy Business Practices. Garuda Indonesia is majority owned by the central government of Indonesia.

The Indonesian government sets minimum and maximum price ranges for domestic flight routes in Indonesia in a bid to protect both the nation's airlines and consumers.