In theory the weak rupiah makes Indonesian export products more competitive on the global market. However, when the content of those export products contain a high degree of imported raw materials, then the positive effect of a weak rupiah is disabled. And the situation is similarly complicated for those companies that import a high degree of raw materials to make products that are sold on the domestic market. They could of course simply raise retail prices. However, the consequence is that demand for the products could drop.

The food and beverage industry of Indonesia is an example of an industry that is heavily dependent on imports of raw materials. For example, wheat needs to be imported for the production of all sorts of bread and noodle products, while soy is shipped to Indonesia (from the USA) to produce the very popular tofu and tempeh products. There are many other key examples to mention here: salt, sugar, beef, garlic, dairy products, and so on.

Adhi Lukman, General Chairman of the Indonesian Food and Beverage Association (Gapmmi), said most food and drinks companies in Indonesia use a rupiah reference rate of IDR 13,600 per US dollar in their business plans (which is actually already slightly weaker than the rupiah rate that was set in the government's 2018 State Budget; at IDR 13,400 per US dollar). However, in reality the rupiah has depreciated far above the IDR 14,000 per US dollar level (although over the past couple of trading days the rupiah somewhat appreciated). Based on the Bloomberg Dollar Index the rupiah traded at IDR 14,330 per US dollar on Monday afternoon (09/07), a level that is still regarded very weak. 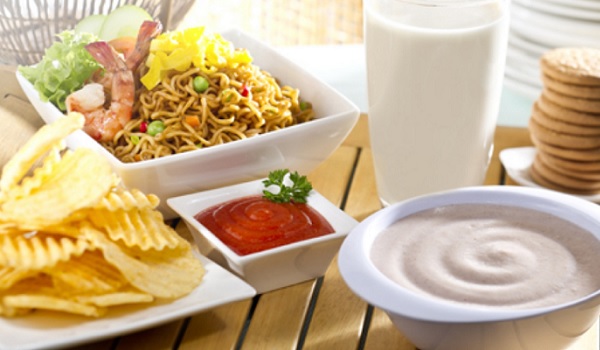 Lukman added that it is estimated that when 40 percent of a company's cost of goods sold (COGS) stems from imported raw materials, then an eight percent decline in the value of the rupiah will cause a three percent rise in the company's COGS. Meanwhile, energy prices are on the rise as well led by higher global crude oil prices. This also causes a rise in the COGS. Combined, it could raise Indonesian food and beverage companies' COGS up to six percent, undermining the companies' profit margins.

Lukman said that companies that have already raised prices are those companies active in the intermediate food and drinks industry (wholesale) such as those that sell wheat flour and sugar. These companies' profit margins tend to be much smaller (at 1-2 percent) and therefore they felt it was necessary to raise prices amid the rising COFS in order to avoid losses.

Those companies that sell food and beverage products to the final customer on the Indonesian market (retailers) have much higher profit margins and therefore can temporarily withstand a weak rupiah. However, Lukman confirmed that these companies are also reviewing the situation and it could lead to an increase in prices. However, retailers are rather careful before raising prices because Indonesia's purchasing power remains subdued, and therefore rising prices could cause a drop in demand for the food and beverage products. For example, household consumption in Indonesia only rose 4.94 percent year-on-year in the first quarter of 2018, below the much desired 5 percent line, thus indicating subdued consumption (which some attribute to weak purchasing power).