Morrison's comments prompted concern and criticism, especially from Arab countries and other countries with big Muslim populations, including Indonesia. Various ambassadors said Australia's plans could disturb the peace process, while they also warned that relations between Australia and Arab countries (or Islamic countries) could be negatively affected by the move.

A total of 13 ambassadors held a meeting in Canberra on Tuesday (16/10) where they agreed to send a letter to the Australian foreign minister to express their worries and concern about Morrison's statement.

Penny Wong, Opposition in Australia's Senate, said the "Jerusalem announcement is a desperate attempt to win the by-election for Dave Sharma." Sharma is candidate for Morrison's conservative Liberal Party in the federal by-election in Wentworth that is scheduled for 20 October 2018. If Sharma is not elected, then the government will lose its single-seat majority in the House of Representatives.

Indonesian Foreign Minister Retno Marsudi said Indonesia strongly opposes the move. After meeting visiting Palestinian Foreign Minister Riyad al-Maliki, Marsudi was quoted saying "Indonesia encourages Australia and other nations to continue to support the peace process and not conduct any actions that could undermine the peace process and global security."

Morrison's latest Jerusalem comments could also mean that the Indonesia-Australia Comprehensive Economic Partnership Agreement (IA-CEPA) will not be concluded anytime soon. In July 2018 we reported that IA-CEPA negotiations entered the final stage although there remained several crucial issues that still need to be agreed upon by both sides. After Morrison visited Indonesia in late August/early September 2018 it was speculated that a deal would be made soon as both sides were positive about the meetings and called it a win-win situation. Morrison's visit to Jakarta came only one week after being sworn in as Australian prime minister (replacing Malcolm Turnbull), thus indicating that the deal is important to the Australian government. 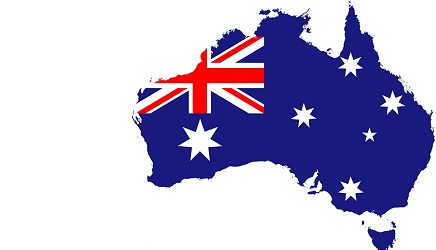