Those who follow Indonesian politics and/or the Indonesian economy should know that November is the month in which new minimum wages are determined for the following year. It involves the minimum wages for the provinces (propinsi), districts (kabupaten), and cities (kota).

Typically, labor unions demand high minimum wage growth, while business-owners hope to see minimal minimum wage growth. And so, the government always needs to find an acceptable middle way. Moreover, it is in the interest of the government to have millions of satisfied workers on the one hand (as they are voters in upcoming elections), and optimally growing businesses on the other hand (because businesses absorb labor, bring in tax revenue for the government, and – more generally – push the national economy to a higher level). Therefore, a good balance need to be found between all involved interests.

However, what has always made this decision particularly complex is that there are opposing views within the government itself (both at the central government and regional governments). So, while some politicians or regional leaders advocate for steep minimum wage growth in order to seek popularity ahead of elections, others – who focus on longer term issues and/or whose political campaigns are financially supported by business owners – are likely to advocate for limited minimum wage growth. Therefore, this adds a layer of complexity to the matter.

From the perspective of direct investment, steep minimum wage growth can indeed be an obstacle as it undermines direct investment realization. One reason for foreign investors to – for example – develop a factory in Indonesia is to enjoy cheap labor. If wages grow too fast, they may prefer to build the factory in a different country in the Southeast Asian region. Or, in case they already exist in Indonesia, they may relocate the factory to different country. Several years ago, Indonesia Investments released an article on companies (textile and footwear) moving their factories from Central Java to Vietnam and Bangladesh in order to avoid Indonesia's higher logistics costs, rapidly increasing minimum wages, and Indonesian workers' lower productivity.

Such developments are not without consequences because missing out on direct investment has the following effects:

(1) Direct investment creates employment opportunities for the local population. This encourages social development as workers earn money that can be used, for example, for paying for their children’s education. Earning (more) money also means that these households can spend more on a monthly basis. This implies that more needs to be produced in society (encouraging an increase in investment and subsequently the creation of more employment opportunities, establishing a sort of vicious circle);

(2) Direct investment realization tends to strengthen tax revenue for the central and regional governments. Tax revenue, ideally, is used for economic and social development of the country;

(3) Export-oriented direct investment and import-substitution industrialization improve the country’s exports, foreign exchange earnings, current account, and balance of payments. And so, overall, it encourages the establishment of a stronger economy;

(4) Inflows of foreign direct investment (FDI) can trigger the arrival of new expertise and knowledge, previously unavailable in the country, while encouraging the integration of Indonesia into the global supply (and value) chains.

Similarly, too steep minimum wage growth could actually backfire on the workers themselves because their wages form a significant chunk of businesses’ operating expenses. Excessive wage growth could therefore force a business-owner to decide to cut the number of workers (while finding ways to make more efficient use of the fewer workers that become available to him/her). Or, the business-owner keeps all workers and simply decides to raise selling prices of products/ services that are sold to customers. This is not without risks too as it could result in a decline in demand for the company’s products/services, thereby actually putting additional pressures on the company’s financial situation (which could necessitate layoffs later on).

However, it could also backfire on business-owners in case wages – throughout the country – grow too slowly as this could lead to stagnation in consumers’ purchasing power. In fact, when inflation is growing at a higher pace, people may consume less, and thus the business-owner could face a decline in sales, again triggering financial pressures.

In fact, the COVID-19 crisis adds another layer of complexity to the issue. The biggest complexity being that not all business-owners are affected to the same extent by this crisis. Some business-owners (for example those engaged in businesses related to tourism) continue to face very weak sales up to the present (a situation that could even extend into 2022, and beyond) while others have seen a much quicker recovery already. So, whatever the increase may be in minimum wages, it is bound to cause an unfair situation.

Size of this article: 25 pages

Price of this full (electronic) article: 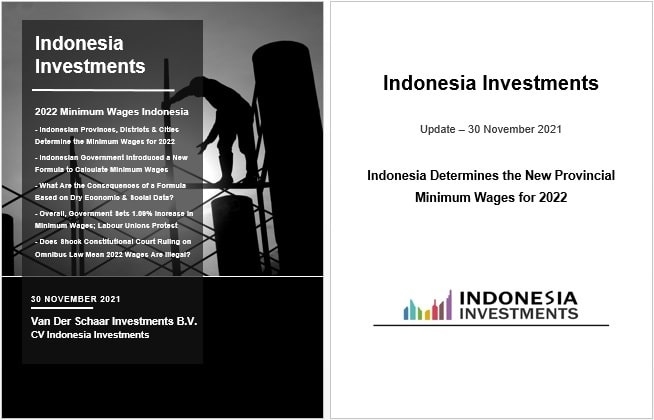