Despite car sales having slowed significantly in Indonesia, there are at least three automotive companies eager to invest a combined IDR 21 trillion (approx. USD $1.6 billion) to expand production capacity in Indonesia this year (either by establishing a new factory or enhancing production capacity at existing plants). In 2015 car sales in Indonesia fell 16.1 percent (year-on-year) to 1.01 million vehicles, the nation's lowest car sales figure since 2011. However, Indonesia remains the second-largest car market and producer in the ASEAN region, after Thailand.

Besides upgrading its existing assembly plants, the company will also construct a new engine plant in Karawang. Output will not only be sold domestically but is also expected to be exported abroad.

The second car manufacturer that will also invest this year to enhance production capacity is Krama Yudha Tiga Berlian Motors, the official distributor for Mitsubishi vehicles in Indonesia. The company is in the middle of constructing a new plant that will produce multi purpose vehicles (MPVs) and the sport utility vehicle (SUV). This new plant costs IDR 6.6 trillion and is expected to be operational in 2017.

There is also a newcomer in Indonesia's automotive industry: China-based SAIC-GM Wuling Automobile Company Ltd, known for its Wuling cars. The company is currently developing a USD $700 million manufacturing plant in Cikarang (West Java). The plant, the company's first one in Indonesia, will produce the Wuling Hongguang and Baojun 730 MPVs.

According to the latest data from the ASEAN Automotive Federation (AAF), Indonesia's car production in 2015 declined 15 percent to 1.09 million vehicles, implying that Indonesia was among the biggest decliners in terms of car production last year. As around 90 percent of cars that are manufactured in Indonesia are sold on the domestic market, domestic car demand has a decisive impact on production figures. In 2015 car demand in Indonesia fell 16 percent (y/y) to 1.01 million vehicles (from 1.21 million vehicles in the preceding year) due to weaker purchasing power amid tough macroeconomic conditions. As car dealers still had large stocks, manufacturers curtailed production. As Indonesia's total installed car production capacity stands at 2 million vehicles per year, it implies an utilization ratio close to 50 percent, a figure that should not encourage additional investment in Indonesia's automotive industry. However, with Indonesia's per capita car ownership still low, a huge population (including a rapidly expanding middle class), expected acceleration of infrastructure development and expected accelerated economic growth in the years ahead, the industry has a positive outlook.

Although Indonesia's car demand in 2016 is estimated to grow modestly (+5 percent y/y), in line with the country's expected accelerated GDP growth (5.3 percent y/y in 2016), the Indonesian Automotive Industry Association (Gaikindo) projects Indonesian car sales to grow to (an annual) two million vehicles by 2020 and to three million by 2025, while overtaking Thailand's position as the major car hub in the ASEAN region.

Currently, Thailand remains the biggest car producer in the ASEAN region, producing a total of 1.91 million vehicles in 2015, up from 1.88 million units in the preceding year. Contrary to Indonesia, Thailand's automotive industry is highly export-oriented. 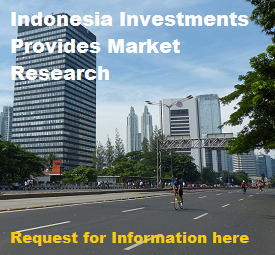