It could be a coincidence but there is a peak in high-profile corruption cases ahead of the 2019 elections. In another article in the October 2018 research report we discuss the cases of the Lippo Group and Sinar Mas Group, two of the biggest conglomerates in Indonesia. It is widely known that big companies have their networks in political circles, such as the House of Representatives (DPR) and at the political top in provinces.

In fact, both sides need each other; corporate leaders do not want to see policies that undermine the profitability of their companies, while political leaders need funds when running for political positions. It is an open secret that some of the big companies donate funds to campaigns of all involved sides in a local or central election. This way – whoever the winner is – the company can always point to the fact that it has financially supported the winner and thus it hopes to see conducive public policies.

Besides the Lippo Group and Sinar Mas Group another corruption case emerged in October 2018. Indonesia’s anti-corruption watchdog (KPK) arrested House of Representatives Deputy Speaker Taufik Kurniawan (member of the National Mandate Party, PAN) in late-October for alleged bribery involving the transfer of funds from the State Budget to a district government in Central Java. Kurniawan is suspected of receiving IDR 3.65 billion (approx. USD $240,000) as part of his 5 percent cut of a "commitment fee" from Kebumen District Head Yahya Fuad for helping secure a transfer of IDR 93 billion (approx. USD $6.2 million) from the Special Allocation Fund in the 2016 State Budget to the district government.

Thus corruption in the highest political circles remains a structural problem in Indonesia. In April 2018 former DPR speaker Setya Novanto (member of the Golkar party) was sentenced to 15 years in prison and a IDR 500 million fine (approx. USD $33,000) for his involvement in a corruption case related to the procurement of national electronic identity cards (better known as e-KTPs). The case caused state losses of around USD $170 million. 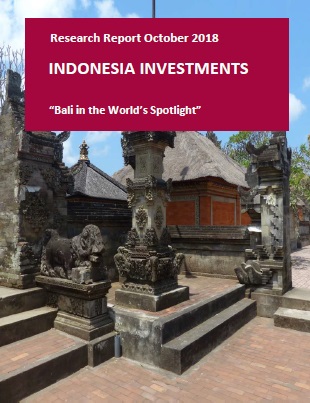