Tony Fernandes, Chief Executive of Airasia, said the Malaysian group plans to conduct an initial public offering (IPO) for its Indonesia AirAsia unit on the Indonesia Stock Exchange before the end of 2017. By selling a stake of between 25-30 percent to the public, the low-cost airline aims to generate funds required for further business expansion (specifically for the purchase of new airplanes and opening of new flight routes).

Originally, Indonesia AirAsia planned to become a publicly listed company on the Indonesia Stock Exchange in mid-2016. However, due to plenty of global and domestic uncertainties the move was abandoned. On Monday (07/08) Tony Fernandes - when visiting Jakarta for the inauguration of Indonesia AirAsia's maiden flight to Macau (China) from Soekarno-Hatta International Airport - reiterated the company's IPO plans in Indonesia. Foreign and local underwriters will be appointed for the share sale, the AirAsia Chief Executive added.

Still, there are several factors that can disturb the IPO plans of Indonesia AirAsia. If market conditions deteriorate, then the company may, again, delay the corporate move. The AirAsia Group is currently also awaiting approval from Indonesia's Financial Service Authority (OJK) with regard to the IPO plan.

AirAsia will receive eight new Airbus 320 airplanes before the end of 2017. Three of these airplanes will be used by Indonesia AirAsia X for international routes. By the end of 2019 Indonesia AirAsia aims to operate between 40 to 42 Airbus A320 aircraft. The budget carrier will also increase its focus on destinations in the eastern part of Indonesia as several new attractive tourist destinations emerged here (for example Labuan Bajo on the island of Flores).

Indonesia AirAsia targets to see a 20 percent year-on-year growth pace in net profit in 2017 on the back of higher average ticket tariffs. Dendy Kurniawan, Chief Executive Officer, said the company's results are good so far this year, reflected by a seat-load factor at 82 percent, up from 81 percent in the same period last year. Meanwhile, revenue rose by about 10 percent (y/y) over the same time. 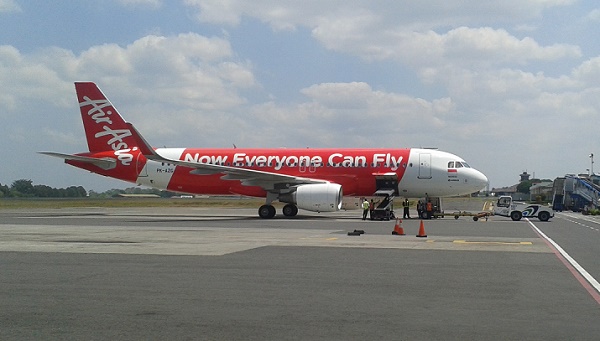