The Flyover Roads project in Jakarta is an ambitious government project that aims to reduce traffic congestion in parts of Jakarta. First drilling began in 2010 and the project was finished in 2014. The Flyover Roads project constitutes two viaducts above current roads: the Antasari - Blok M viaduct and the Kampung Melayu - Tanah Abang viaduct. With very limited space in Jakarta, vertical infrastructure is regarded to be the best solution to Jakarta's serious traffic problem.

On the official website of this project it was mentioned that - per day - more than 230 new cars and almost 900 new motorcycles enter the roads of Jakarta. As the traffic congestion situation has already reached alarmingly levels for many years and the government is seemingly reluctant to lower gasoline subsidies or invest in public transportation, these flyover roads - above current important artery roads - are regarded as the best solution. The project is funded by the Jakarta Local Budget (Anggaran Pendapatan dan Belanja Daerah, APBD). 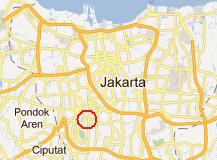 The Antasari - Blok M flyover is located in South Jakarta, the third most populous among the five cities of the Jakarta Special District. The total length of this flyover will be 4.846 meters while its width will be 17.5 meters. Vertical distance from the existing road is around ten meters. The whole project should have been realized within one year and 7.5 months (followed by a maintenance period of 180 days). However, it took nearly three years to be completed.

The track of the Antasari - Blok M flyover was divided in five packages, each with a different contractor (all state-owned): 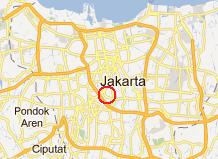 This flyover road will connect Kampung Melayu in East Jakarta to Tanah Abang in Central Jakarta. It will have a length of around 2.5 kilometers and combined costs of around USD $85 million. Similar to the Antasari - Blok M flyover, this road will have an altitude of ten meters above the existing road and was fully completed in 2014.

The Kampung Melayu - Tanah Abang flyover is divided in three packages, each carried out by a different contractor: